Cancer is one of the hardest diseased to fight. If a tumor begins to grow inside of a patient, they may be given drugs to fight off the corrupt cells. The problem with this is that the cancer cells could become immune to these drugs. Through the use of CRISPR. In Novel Crispr imaging technology reveals genes controlling tumor immunity, a new way of fighting cancer is revealed. Instead of targeting the whole tumor, Perturb-map marks cancer cells and the cells around cancer cells. Once this is completed, it is able to identify genes controlling cancer’s ability to become immune to certain drugs.

To fight cancer cells, scientists use thousands of CRISPRs at the same time. This identifies every gene in a sequence and allows them to be studied. Through Perturb-map, scientists can now dive deeper and find where the cell immunity to drugs originates. A certain pathway in the cell is controlled by the cytokine interferon gamma or IFNg, and a second is by the tumor growth factor-beta receptor or TGFbR. When the cell had a gene with TGFbR2 or SOCS1, the latter of which regulates IFNg, tumor cells grew. When the cell lacked one of these, it shrunk. Moreover, it was discovered that tumors with SOCS1 were susceptible to attacks by T cells, but TGFbR cells had immunity against them. This stayed true even when both types of cells lived in the same environment. With findings like these emerging more and more, the future of cancer treatment is looking brighter than ever.

In order to understand diseases on a cellular level, scientists must learn as much as they can about cells. One of the ways this is done, is through Nanomechanics. Through nanomechanics, scientists can measure many aspects of the cell. They can find the thickness, softness, viscoelasticity, and incompressibility, or how capable the cell is of being compressed. Living cells, specifically eukaryotic cells, are made of a plasma membrane with solids inside of it. The solids can range from proteins, to DNA, to organelles, to much more. As these solids move within a liquid type of mixture, they are considered viscoelastic. Through the use of Atomic Force Microscopy or AFM, a cell’s viscoelasticity can be mapped. Moreover, nanomechanics is able to find the rate at which a molecule spins by using Young’s modulus.

Even further in the cell, scientists can now determine how the lipid bilayer of a cell change. Through AFM, the physical properties of the cell’s lipid bilayer have been seen to change due to the concentration of cholesterol. Low cholesterol regions had a more elastic lipid bilayer, while regions with less cholesterol were less elastic. Additionally, it was observed that during ionization, the elasticity of the lipid bilayer decreases as well.

As scientists reveal more about the cell, they connect what they have learned to diseases. When a cell changes, or organelles it is composed of change, it can be a sign of disease. By looking into cells through ways such as optics-based non-invasive Brillouin microscopy, scientists can study the mechanical properties of cells and the smaller components that compose them. From using this type of technology, scientists have also learned that living eukaryotic cells are one of the softest materials on the planet. AFM uses the forces placed on the cell by the microscope to determine the properties of the cell.

One specific use of nanomechanical mapping on cells is in microsurgeries conducted on the eye. Many ocular diseases are due to a change in the mechanical properties of the eye. Some diseases can be caused by macular holes or macular puckers. Through microsurgeries, the damage to the eye may be fixed. Scientists conducted measurements on cells on a nanometer scale in order to understand what microsurgeries are necessary to be performed. Moreover, nanomechanics allows scientists to understand how the proteins of the eyes work, and how mutations and other tissue can affect the eye. If specific mutations of causes of diseases can be found on a cellular or subcellular level, it would aid in the development of drugs that would be used against the diseases.

Is A Vaccine Update On Its Way?

On December 11, 2020, the Pfizer-BioNTech COVID-19 vaccine was approved for its first public use. Since that day, there have been multiple variants of the virus, varying in their mutations from the original strain. One of these strains, in particular, is the Omicron variant. This variant is a new strain of COVID-19 and was first identified on November 24, 2021, in Botswana. With the emergence of this new unknown variant, in addition to all of the past variants, has the time come for an updated vaccine that is tailored specifically to the variants? This question is explored in the Bloomberg article Third Pfizer-BioNTech Dose Is Ket To Fight Omicron’s Spread.

After researching the Omicron variant in relation to two doses of the COVID-19 vaccine, there was seen to be a 25% reduction in antibodies capable of fighting the virus. However, after a third dose of the vaccine, increased antibody levels close to that of those made for the original COVID-19 strain. With this information in mind, Pfizer stated that an Omicron-specific vaccine may be required. This new vaccine is projected to be ready for the public by March of 2022. The company also stated that their vaccine would change from a two-dose to a three-dose vaccine with the third shot being for Omicron. The third shot would be administered about three months after the first two doses have been given.

While the public is waiting for the third dose from Pfizer, Pfizer says that people should use their current vaccine for a third dose, as it would give further protection against the virus. Then, once the Omicron vaccine comes out in early 2022, people should get a dose of that vaccine as well. This new strategy of getting the vaccine is due to new research from multiple labs on the effectiveness of the vaccine on the Omicron variant. An original observation saw a 25 times drop in antibodies, but two other labs found that there is actually a 40 times reduction with this variant. Globally, South Africa found a 41 times drop in antibodies, and a 37 times drop from a German lab. With this research, Pfizer is beginning to look into an Omicron vaccine but must find that it heavily increases protection against the new variant, and if not it will keep the current vaccine in circulation. There is also speculation about a yearly booster for the vaccine, but there must be research conducted on that as well.

DNA is the base code of all living creatures. It is in every plant, animal, and single-cell organism, yet  50% of human DNA is seen to be irrelevant to bodily function. While some DNA is responsible for synthesizing materials within cells, much of it is in essence, spare genes, or ancient viruses that have become part of the human genome over time. Moreover, it has been debated whether the 50% of DNA that is not seen to be relevant is truly essential for survival. That is, can humans live without unused genetic code, or is it vital to the survival of the species? 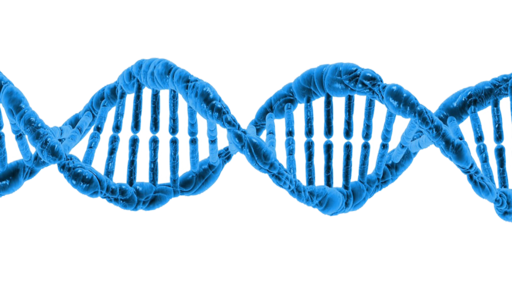 One specific element of junk DNA is transposons. Transposons are sequences of DNA that have the ability to mutate a cell or change its function as a whole. A study was conducted at the University of California, Berkley, and Washington University on transposons, as written in the So-called Junk DNA – Genetic “Dark Matter” – Is Actually Critical to Survival in Mammals, by the University of California, Berkley. The studies looked at a specific transposon in mice called MT2B2, one that controlled the growth rate of cells in a fertilized embryo, and when the embryo would implant in the uterus of the mother by initiating the short gene Cdk2ap1. When the researchers disabled the MT2B2 transposon using CRISPR-EZ, the mice created a longer version of the gene Cdk2ap2. This new version of the gene decreased cell growth and increased the period of implantation. The teams found that half of the baby mice died before birth without this transposon in their DNA. When the transposon was disabled, the mice sort randomly instead of uniformly in the uterus, and some may cause the death of a developed fetus and or the mother.

The team at Washington University researched the transposons turned on before embryos are impacted into the uterus in humans, rhesus monkeys, marmosets, mice, goats, cows, pigs, and opossums. The team used scRNA-seq, which records messenger RNA levels to indicate which genes are being used. With this technique,  the team saw that in every animal, a group of species-specific transposons was turned on. While the transposons were different for each species, the result of their use was nearly the same for all eight cases. Moreover, the gene Cdk2ap1 was expressed by all eight animals, but the amount of short and long versions of the gene expressed was unique for each one. While an animal that needs fast implantation uses more of the short version of the gene, like the mouse, animals with little to none of the shorter version of Cdk2ap1 took two weeks to longer for implantation to occur, like the cow.

For these transposons to be promoting the expression of the Cdk2ap1 gene, at a certain point in history, a virus entered the organism and eventually part in a mutually beneficial symbiotic relationship with the organism until it evolved into the current iteration of the transposon. When viruses blend into the DNA of a species, they can be used to regulate and perform tasks that the cell could not previously perform. This can create a wide range of evolutionary options in species. Additionally, the main difference between the different genomes of species is the regulation of genes. By studying transposons, scientists can better understand differences in the genome of one species to another. With the understanding of this transposon, scientists could now begin searching further into junk DNA, as the removal of the transposon studies by the two universities proved lethal 50% of the time. Moreover, undiagnosed patients could have junk DNA mutations that lead to health problems, but those cases are currently a mystery to the medical world. Transposons are just the beginning of scientists dive into junk DNA, and who knows what wonders they will find next?