How a Genetic Mutation Makes Rabbits do Handstands Rather than Hopping

Erin Garcia de Jesús in sciencenews explains on a genetic level why the domesticated rabbit, Sauteur d’Alfort, does a handstand

to move quickly rather than hopping. The cause of this change in their behavior is due to a defective gene likely linked to their limb movement.

Scientists completed a study not only to understand the rabbit’s handstands but Leif Andersson claims it would contribute “to our basic knowledge about… how we are able to move”. To find out where the mutation occurred, scientists crossed Sauteur d’Alfort rabbits that do handstands with New Zealand female rabbits that hop. They scanned the genetic blueprints of their offspring and looked for mutations that didn’t appear in the offspring. They found a mutation in the RORB gene and concluded that it was a likely explanation for the rabbit’s handstands. In rabbits that have the mutation, there is much less RORB than in rabbits that don’t, this is because the “change creates faulty versions of the genetic instructions that cells use to make proteins”. A lack of RORB protein in interneurons, the spinal cord nerve cells, will cause the rabbits to lack the ability to coordinate their hind limbs. They are still able to walk normally when they are moving slowly by alternating their front and hind legs normally. Since hopping requires the synchronization of the hind legs the mutation prevents them from doing so, so “all rabbits with a RORB mutation use their front paws to move quickly,” Carneiro says. Though they were able to understand how the mutation in one gene affects the rabbit’s movements, the gene could potentially be affecting the rest of the rabbit too, but they are unsure. If the scientists could understand how the genetic defect affects the body on a more broad scale 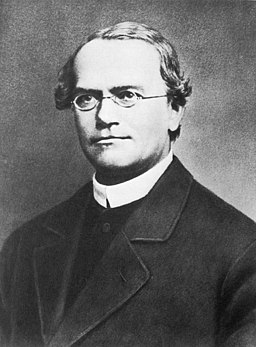 then they could understand the way that all animals move. Though the rabbits may not ever be able to hop, these findings can help researchers to develop ways to repair human bodies when there are defects in the RORB protein that could potentially cause disease.

In AP Biology this year, we learned about Mendel’s laws of inheritance and all about genetics. He studied how genes are passed down from the parent generation, recessively or dominantly. Mendel stated that a mutation in a single gene can cause a disease that will be inherited. In connection to the rabbit’s genetic mutation, a lack of the RORB protein causes the rabbits to have insufficient limb control, but the presence of the protein makes the rabbits ‘normal’.

Comment below if you have ever heard of a genetic mutation that caused an animal to move in an abnormal way, I’d love to hear. I did some research and these Sauteur d’Alfort rabbits are incredibly rare and originate from France. Ironically enough, in French, their name means Alfort’s Jumpers! I also found a video of one of them if you want to watch it… click this link.