What if I told you that by 2080 almost 80% of the world’s oceans will be suffocating from a lack of oxygen due to climate change. It seems like every year we get yet another grim fact that if we do not act by a certain time it will be too late. This is the reality for all the world’s oceans.

Multiple studies have shown that the mesopelagic zone (from 656 to 3,281 ft below sea level), the area that holds the most fish in the ocean, is the most vulnerable since it is not as enriched with oxygen as are the upper layers of the ocean. This is also because the most algae is decomposed in the mesopelagic zone, which absorbs oxygen.

You may be wondering how climate change actually affects oceanic wildlife. As the earth warms, its waters warm with it causing there to be less dissolved oxygen in the water. This issue on top of there being less oxygen already in the mesopelagic zone means a lot of death amongst fish. Fish, like us human beings, need oxygen to perform cellular respiration in order to survive. Similar to what we learned in class, fish intake oxygen and release carbon dioxide. However, they do this process in a slightly different way than us humans. Fish have gills which are positioned at the sides of its body. Water passes over the gills, specifically the gill filaments, and is filtered in as oxygen. There are also blood capillaries located very close to the surface of the gills so that the fish can take in as much oxygen as needed and release carbon dioxide smoothly. The overall goal of this process is to make ATP, in order for the fish to stay alive. However, in this time of climate crisis where oceans are undergoing deoxygenation, fish are struggling to stay alive and this can actually have effects on us.

A lot of the fish that are at stake include some essential to our nutrition. Fish is a key source of protein for us and without it our health might be at risk. Additionally, many of the fish who are in the danger zone are commercial fish which we buy and sell, so businesses will be severely hurt from this crisis.

It is clear that climate change is having a tremendous effect not only on marine wildlife, but also on our economy. 58 years might sound like many, but our time is now to make change. What do you think about this crisis? 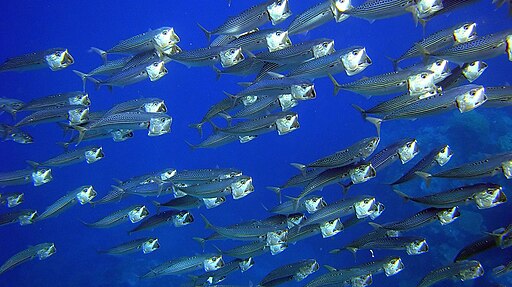 Can eating less save your life????