A recent article has established that our sea cucumber population is in great danger. The main cause of the newly endangered species is the high demand for sea cucumbers in East and Southeast Asia. The Great Barrier Reef is home to thousands of unique species, tropical sea cucumbers being one of the many. Sea cucumbers are often believed to just “exist” and not have any purpose, but they are in fact vital to the underwater ecosystem. 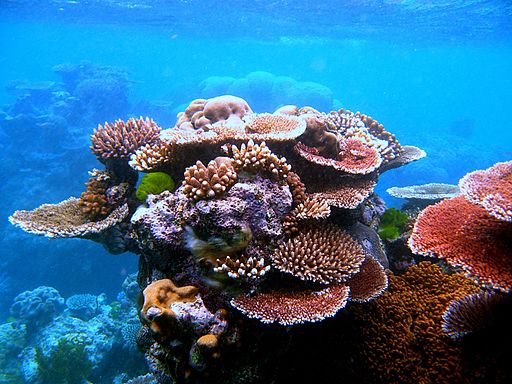 Well, what is their purpose? Sea cucumbers are classified as deposit feeders which means they play a vital role in nutrient cycling in the ocean. They enhance and benefit the habitat of many underwater animals that live near the ocean floor. They redistribute surface sediment and secrete inorganic nitrogen and phosphorus. These processes prevent the ocean from becoming overly acidic which keeps the coral reefs healthy. In recent years coral reefs have been rapidly dying, and without help from sea cucumbers, our earth’s coral reefs may be in even greater danger. For more information on the benefit of sea cucumbers, click here.

Dr. Kenny Wolfe from The University of Queensland led a research team to collect data from Australia’s primary sea cucumber fishing ground and they concluded that the area was in desperate need of change. Out of the 16 species of endangered species of sea cucumbers in the world, 10 of them live in Australia’s Great Barrier Reef. Since sea cucumbers are viewed as a delicacy, they are being overharvested, not allowing them to fulfill their duties of keeping the seafloor clean. Particularly, the white and black teatfish are in the most danger, due to their high market value and low reproduction rate. Though this has been established, they are still being harvested and exported. Luckily in December of 2021, it was ruled that the harvest of black teatfish would no longer be permitted. Though this is progress, what will happen to the other 9 endangered species of sea cucumbers in the Great Barrier Reef? 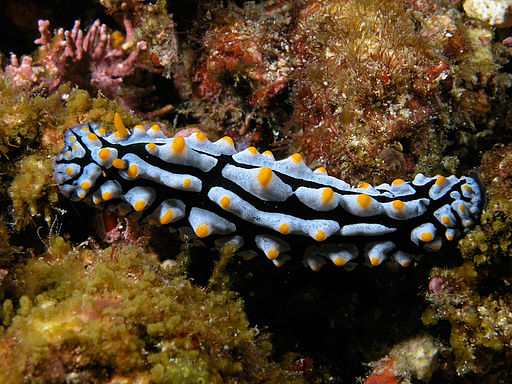 Since the Great Barrier Reef’s sea cucumber fishery has been running under a non-regulatory performance regulatory system, regular assessments of sea cucumber stock were supposed to take place, but they did not. This left the industry operating without any indicator of how their harvest is actually impacting stock sustainability.

In AP Biology this year, we learned about how living organisms create energy in the form of ATP through cellular respiration.  In underwater animals in general, it may be hard to imagine how they can obtain oxygen to begin this process. Sea animals get their oxygen from the water around them (H2O). Sea cucumbers are actually very unique in the way that they ingest oxygen. Most underwater animals take in oxygen through their gills, but sea cucumbers actually inhale oxygen through their anus! 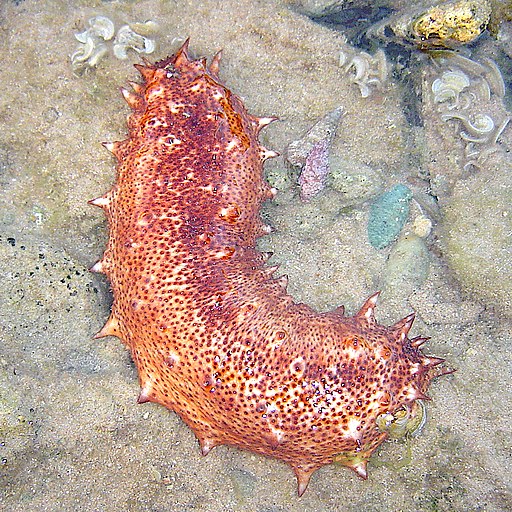 Sea cucumbers undergo cellular respiration by taking O2 from H2O and glucose and converting it to ATP energy with waste products of CO2 and H2O. They get glucose through the food they eat at the seafloor, such as algae and waste particles. The sea cucumber initially takes water in through the anus and cloaca, then the water is pushed to the respiratory trees where gas exchange is completed. This process repeats over and over to keep the sea cucumber alive.

This summer I went scuba diving in Hawaii and got to see and touch a living sea cucumber first hand.  I was amazed at the complexity of his animal that appeared to be so simple on the outside. Something that you would normally expect to act as a plain cucumber (the vegetable) on the seafloor, actually has a great impact on the environment surrounding it. We have to make sure that we do everything in our power to protect this beautiful and adorable species!

Could These Blood Proteins Be The Key To Extending Human Lifespan?