How are new COVID variants identified?

COVID variants are of high concern for scientists studying the disease. Some variants can be more infectious or cause more severe illness. Additionally, some variants can evade vaccines by having different surface proteins than the variant the vaccine was created for. This causes the antibodies produced from the vaccine to be less effective against other variants. In AP Biology class we discussed how the Delta Variant, first identified in December 2020, has a different spike protein structure than the original virus from which the vaccine was created from. This allows the variant to be more infectious, and make the vaccine less effective against it. But, what are COVID variants? And how are they discovered? 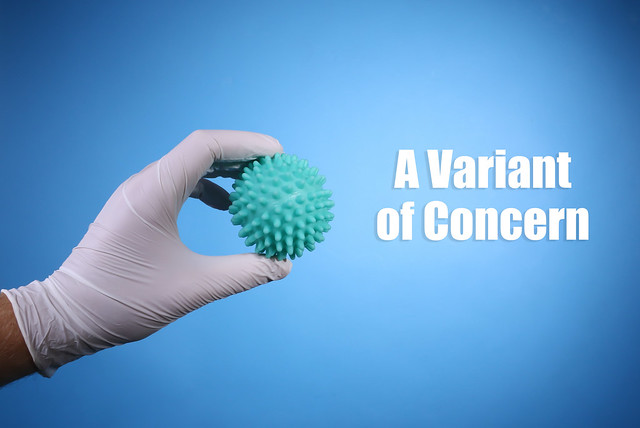 To detect new COVID variants, scientists sequence the genetic code of virus which appears in positive COVID tests. Scientists look at the similarity of the genetic sequences they find. Then, if many of the sequences they get look very similar to each other, but different to any other known virus, a variant has been discovered.

To sequence the RNA of the virus, scientists use what is called Next Generation Sequencing (NGS). To understand how NGS works, it is best to start with what is called Sanger Sequencing. Sanger Sequencing utilizes a modified PCR reaction called chain-termination PCR to generate DNA or RNA fragments of varying length. The ending nucleotide of each sequence is called a ddNTP, which contains a florescent die corresponding to the type of nucleotide. The addition of a ddNTP also terminates the copying of the particular sequence. The goal of this PCR reaction is to generate a fragment of every length from the start to the end of the sequence. The sequences can then be sorted by length using a specialized form of gel electrophoresis. The sequence is then read by using a laser to check the color of the fluorescent die at the end of each sequence. Based on the color and size, the nucleotide at that position of the genomic sequence can be found. 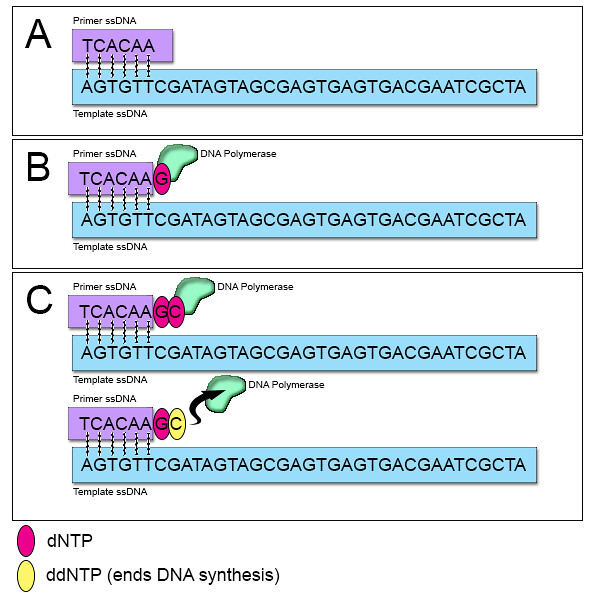 The difference with NGS is that many sequences can be done in parallel, allowing for very high throughput. In other words, with NGS many COVID tests can be sequenced in once.

Jet Injectors: Getting Your Vaccine Without Needles