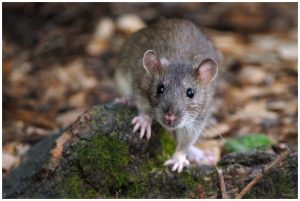 Humans are constantly debating the extent of which we can control our belly fat. Common lifestyle trends include implementing more exercise, cutting foods or using supplements, as various ways in order to increase weight loss. As the risks and growing concerns associated with obesity increase, the answers to these questions become more significant to the fate of our health.

A new study yields data suggesting that weight is caused by immune cell inflammation, and there may be an unexpected cure. In a study of macrophages in belly fat, conducted by Yale school of medicine, it was discovered that these immune cells responsible for tracking and engulfing pathogens, may become inflamed with aging. To further test this finding, they separated young and old mice into two groups, and isolated their macrophages from their fat tissue. In proceeding to sequence the DNA of both groups of these cells, it was found that the genomes of the older mice macrophages showed more genes that lessen catecholamines. Catecholamines are a group of molecules that distribute signals across nerve cells. This is possible because of the blockage of neurotransmitters, caused by the genes that turn on enzymes. Therefore, the increased activation of these in the older group of immune cells, blocks messages that tell the body that fat is present and available for use, resulting in energy.

So, what is the cure?

Evidence shows that the known antidepressant: Clorgyline, is commonly given for depressive symptoms and low catecholamine levels. When this drug was given to the mice, the older mice could successfully start-up belly fat burning again, as it blocked the enzyme found in older immune cells.

This study demonstrates that it is possible to decrease inflammation and change fat metabolism of animals by way of Clorgyline. Side-effects of both appetite decrease and increase have been recorded to have affected humans. But I believe it is still hopeful with more research similar results to that of the mice, can be attained in humans.

I was interested in this article, because psychiatric disorders such as anxiety and depression are prevalent across all populations, including adolescents and adults. Common side effects of many of the drugs used to treat these disorders, include weight gain. It seems that weight gain could directly worsen these disorders, counteracting the positive effects of the medications. For this reason, the findings presented from this study seemed like a positive advance in science.

How do you think the findings of this study will effect future future depression medication research? Does it seem likely that results similar to the mice will occur in humans?

Secondary Source Article: Effects of the monoamine oxidase inhibitors clorgyline and pargyline on the hyperphagia of obese mice.