CRISPR/Cas9 is a new gene editing tool that can target and modify DNA with great accuracy.  This new tool has many scientific uses, including treatment of many diseases.  Recently, several breakthroughs have been made in treating HIV with CRISPR Cas9.  However, a number of issues with the tool have come up at the same time.

To understand how CRISPR eliminates HIV, one must know how HIV replicates. HIV replicates by taking over a host cell and injecting its RNA into the cell.  This RNA becomes DNA and joins together with parts of the host cell’s DNA.  After entering the cells, the virus can lay dormant for several years, but will eventually start replicating and taking over other cells.  The standard form of treatment for HIV is an antiretroviral.  While antiretrovirals can be very effective at limiting the spread of the disease, it cannot fully remove it or stop it forever. 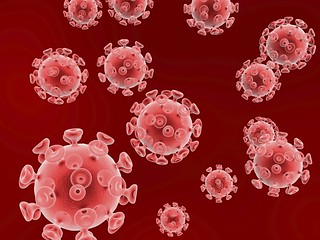 The CRISPR Cas9 could potentially be used to inhibit the spread of HIV by editing the virus out of a cell’s DNA.  Researchers at The University of Massachusetts Medical School have been developing a technology to perform this impressive task.  While there have been several successful trials in preventing HIV from spreading, several trials have lead to increased resistance for the HIV.

“When we sequence the viral RNA of escaped HIV, the surprise is that the majority of the mutations that the virus has are nicely aligned at the site where Cas9 cleaves the DNA, which immediately indicates that these mutations, instead of resulting from the errors of viral reverse transcriptase, are rather introduced by the cellular non-homologous end joining machinery when repairing the broken DNA,” says Chen Liang, a senior investigator at the Lady Davis Institute at the Jewish General Hospital and the Associate Professor of Medicine at the McGill University AIDS Centre.

These mutations alter the strand of DNA, preventing the CRISPR Cas9 from recognizing it.  If the CRISPR Cas9 cannot recognize the virus, it cant remove the viral DNA, allowing the virus to create more copies of itself.  Despite these limitations, researchers like Liang are confident that they can succeed.