Researchers at the University of California in Irvine have correlated erratic dopamine activity as an underlying cause of complex neuropsychiatric disorders, specifically because of the epigenetic alterations caused by low levels of dopamine. This study, overseen by Emiliana Borelli, a UCI professor of microbiology & molecular genetics, provides clues to the possible causes of complicated disorders like schizophrenia.

Dopamine is a neurotransmitter (and hormone) that fuels our daily life, acting as our prime motivator and pleasure inducer, while also being linked to memory, and cognitive function. Many addictive drugs increase the amounts of dopamine released to exhausting levels, eventually wearing out the neurotransmitters notwithstanding the negative effects of the drugs themselves. High dopamine levels can also be achieved via everyday pleasures like exercise or sex, which can also spur addiction. 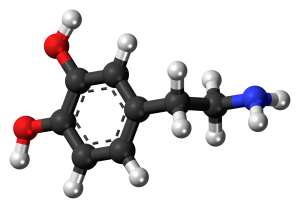 Dopamine, therefore, has an irrefutable role in our everyday lives, and according to Borelli, “Genes previously linked to schizophrenia seem to be dependent on the controlled release of dopamine at specific locations in the brain. Interestingly, this study shows that altered dopamine levels can modify gene activity through epigenetic mechanisms despite the absence of genetic mutations of the DNA.”

In short, it is quite likely that Dopamine is an epigenetic hub of sorts, that can cause powerful changes in gene regulation when functioning in a disrupted or excessive manner. Borelli, knowing the consequences of excess dopamine release, tested the opposite effect on mice, hindering dopamine release by turning off mid brain dopamine receptors in rats, leading to mild dopamine synthesis. The results were profound, as Borelli found there to be decreased expression in approximately 2,000 genes in the prefrontal cortex. This epigenetic surge of decrease in genetic expression was reinforced by the increase in change of DNA proteins called histones, which are associated with reduced gene activity. The now mutated mice suffered from ranging psychotic behavior and episodes, and were then treated with dopamine activators for a duration of time before seeing their behavior normalize.

Borelli’s and others’ work will provide useful clues for understanding these complex neurological disorders, while serving to reinforce the newfound importance of comprehending gene regulation and expression. These studies seem to point to a new era in which it is not just your genetic make up that determines your future, but also the regulation of your genes.