It is common fact that people who exercise frequently are more likely to live a longer healthier life, but now new studies show that if a person exercises it can also result in a better life for his or her children and even grandchildren. Before the study of epigenetics people always thought the genome they are born with it the genome they are stuck with. However new science has shown exercise not only changes the outward appearance of our muscles and overall physical health, but also changes our DNA.

Exercise, astonishingly, can effect gene shape, function, and turn them on and off. Scientists now know that genes can actually be quieted or amplified through exercise because biochemical signals are sent out every time a person exercises. This is where epigenetics comes in. Epigenetics doesn’t simply change the gene all together, but instead works its magic on the outside of each gene through a process called methylation. A cluster of atoms surround the genes either denying or amplifying biochemical signals. Scientists believe that even one day of exercise can change methylation patterns. 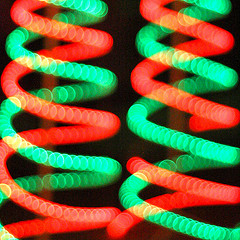 One study done by scientists at the Karolinska Institute in Stockholm put the theory of exercise and epigenetic’s to the test. They studied 23 young and healthy men and women. They asked all the participants to work out half of their lower body for three months. This way each member of the study was his or her own control and experimental group. Obviously, after the three months each members leg that was worked out was stronger than the other, but what was much more intriguing was the results at the molecular level. The scientists found significant methylation changes in the cells of the leg that were worked out, averaging 5,000 sights on the genome where there was a new methylation pattern. Many of these methylation patterns were changed on enhancers, which are important for amplifying gene expression. The genes that were most affected were those that play a role in energy metabolism, insulin response, and inflammation within muscles. Exercise, along with many other healthy lifestyle tasks, has shown to cause changes in a persons epigenome. Changes that make a person healthier, but perhaps even more significantly, can make his or her children and grandchildren healthier.