Researchers at both Washington University School of Medicine and Northwestern have just made a discovery that has huge potential for future patients of nerve damage. Diseases such as Alzheimer’s, Bell’s palsy, Cerebral palsy, and many other illnesses regarding the nervous system/ nerves are one step closer to having a cure! Beyond chemistry and drugs, scientists are now using technology to find a cure using the first ever development of bioelectronic medicine. A device, ” The size of a dime and the thickness of a sheet of paper,” is implanted in the body to “speed nerve regeneration and improve the healing of a damaged nerve”.

This device, which is currently nameless, is powered wirelessly by a “transmitter outside the body that acts much like a cellphone-charging mat”. It is very thin and works by winding around a directly injured nerve(precisely where needed). After the device has engulfed the injured nerves, it delivers electrical pulses. These pulses accelerate wound healing and reproduce nerves. Doctors/ patients using this device have the ability to control the times which pulses are sent. Around two weeks after the device is injected, it naturally absorbs into the body not harmfully.

The device has yet to be tested on humans. Recent discoveries have been based on observations on rats with injured sciatic nerves. These nerves in rats send signals throughout the legs to control muscles in feet and legs as well as hamstring muscles. To perform the study, scientist spent ten weeks monitoring rats’ recovery while providing pulses one hour per day for one, three, six, or no days at all a week. After a little more than three months, researchers concluded that “any electrical stimulation was better than none at all at helping the rats recover muscle mass and muscle strength”, and the device accelerated the regrowth of nerves. They also concluded that “the more days of electrical stimulation the rats received, the more quickly and thoroughly they recovered nerve signaling and muscle strength”. Overall, no side effects of the device and its reabsorption were found.

Overall, this discovery can do great things for the human population. Making it extremely convenient, this device after put on can possibly replace pharmaceutical treatments for a variety of medical conditions in humans

Researchers are currently continuing to study this device to see what is most effective in animals similar to humans. They are evaluating the effectiveness of the devices different sizes,  duration, and fabrication. 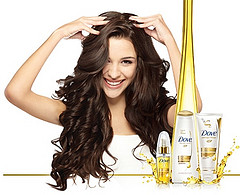