Scientists around the world have been using CRISPR/Cas9 in a variety of plant and animal species to edit genetic information. Although this has been tested recently on insects, it is currently moving towards testing mammals. It happens to be more difficult with mammals due to the longevity between generations. However, It’s been done!! 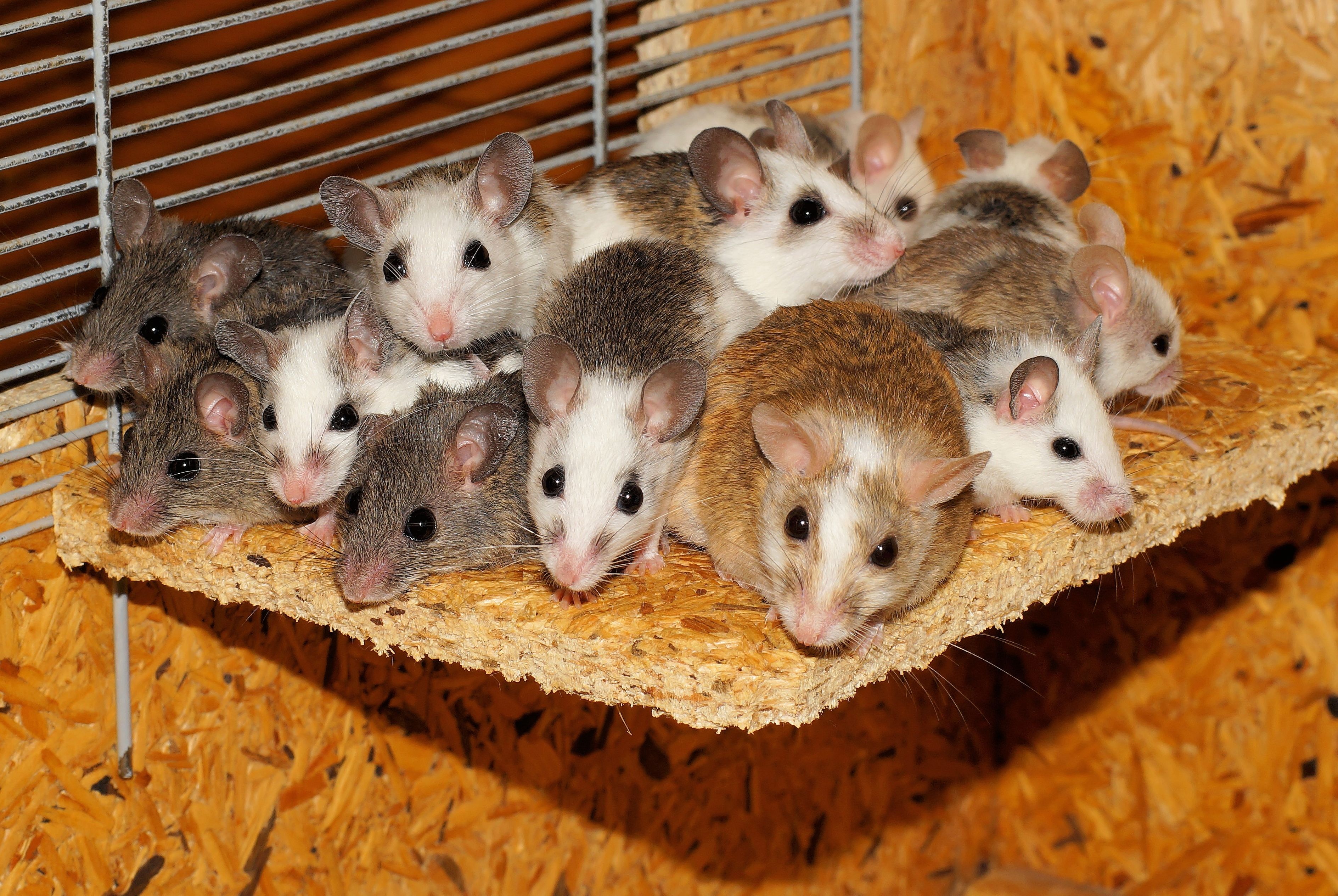 “To demonstrate feasibility in mice, the researchers engineered an active genetic “CopyCat” DNA element into the Tyrosinase gene that controls fur color. When the CopyCat element disrupts both copies of the gene in a mouse, fur that would have been black is instead white, an obvious readout of the success of their approach. The CopyCat element also was designed so that it cannot spread through a population on its own, in contrast with CRISPR/Cas9 “gene drive” systems in insects that were built on a similar underlying molecular mechanism.”

The project duration was two years, and the researchers used many ways to “determine that the CopyCat element could be copied from one chromosome to the other to repair a break in the DNA targeted by CRISPR”. Some gene that was originally existent on only one of the two chromosomes was copied to the other chromosome. They were able to convert one genotype from heterozygous to homozygous, and they were able to tell in that there were  as many as 86 percent of offspring that inherited the CopyCat element from the female parent instead of the usual 50 percent.

The test was successful for the female mice’s production of eggs, but not for the males production of sperm. The researchers predict this is a possibility to a difference in the timing of male and female meiosis.

As this test was only the beginning, researchers such as those at UC San Diego hope to soon move on to research on human disease. They say that “Future animal models may be possible of complex human genetic diseases, like arthritis and cancer, which are not currently possible.”, and with their hard work, their research can lead to miracles.

As we all know, wildfires all around the world, especially out west have been burning uncontrollably. They are continuing to get larger and more unpredictable. But these fires are not only affecting humans and animals, rather they have narrowed down to affecting the tiniest of forest organisms—including bacteria and fungi– and researchers are now finding that some of the microbes are “thriving”.

A study last week reported that “that populations of several bacterial and fungal species increased after severe wildfires in the boreal forests of the Northwest Territories and Alberta in Canada.” Studies like these and others such as the effect of smoke on the distribution of microbes, “give researchers a clearer picture of how wildfires change microbial communities”, and can possibly help them predict how ecosystems will recover after blazing flames. “Microbes help to maintain ecosystem health by decomposing organic matter and readying nutrients for plants to absorb”. For example, because certain fungi and bacteria have specific relationships with plants, it makes it possible to predict which nutrients will be available in an area.

In order to test what they had predicted researchers collected samples from 62 sites about a year after 50 of them had been damaged by fire in 2014 in forests of two Canadian provinces. They found that certain bacteria in the Massilia and Arthrobacter genera were more present after than before the fires. This bacteria usually shows up in cucumber root and seed, and some researchers are predicting that there might be some growth of vegetation of that kind in the future when the forests begin to recover.

It is predicted that microbes “use fire to colonize new territory is by hitching a ride on small particles of ash or dust in plumes of smoke”. In a study published last November, Leda and her team conducted a study and found that “the microbes present in the smoke differed from those lingering in ambient air”. The microbes getting caught in the smoke she predicts can help plant growth in faraway regions.

There is a downside. It has been detected that some fungus, such as Phytophthora ramorum, cause sudden oak death. Another negative is the smoke that the firefighters, other ER personal, and people inhale after and during the fires could contain hazardous microbes. These can lead to lung problems and allergens.

Microbes are not often spoken about when wildfires sweep through, but they surprisingly have more impact than you may think. When entire ecosystems are reduced to ash, microbes determine the first step on the road to recovery.

There are billions of bacteria all in, around, and all over you. They prevent diseases, regulate digestion, and everything in between. Researcher Alex Zhavoronkov and his colleagues at InSilico Medicine in Maryland c study and examine whether their predictions that “microbiomes are aging clocks” were true.

To start their study, Alex and his team gathered 3600 samples of gut bacteria from 1165 healthy individuals from around the world, ranging from three age samples. A third of the participants were aged 20 to 39, another third were aged 40 to 59, and the last third were from people aged 60 to 90. They then used machine learning. This means they trained a computer program on “95 different species of bacteria from 90% of the samples, along with the ages of the people they had come from. Then, they asked the algorithm to predict the ages of the people who provided the remaining 10%”. Their program ended up being successful in that 39 bacteria of the 95 were successful in predicting someone’s age within four years. 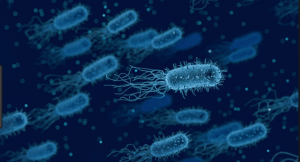 When researching the certain biomes, Eubacterium hallii-which is important for intestines and metabolisms-became more abundant with age. They also noticed bacteria like Bacteroides vulgatus decreased with age. Alex and his team predict that the different bacteria found may help in detecting peoples’ age.

If validated, the “microbiome aging clock” they created can have many positive effects. It could be used to compare healthy people with those who have diseases. It can test how fast someone is aging and test if any antibiotics, probiotics, diet, or alcohol affect aging. It could help test new treatments or medicine and see if it would have any effect on the aging process. However, challenges may arise. One may include distinguishing whether the different microbes come from age or come from “markedly different populations”. Researcher Robin Knight states, “ it’s also not known whether changes in the microbiome cause people to age more rapidly, or whether the changes are simply a side effect of aging”. It is not yet guaranteed how the aging-clock machine will turn out but if it ends up being successful, many would consider for it to be life-changing.

Researchers at both Washington University School of Medicine and Northwestern have just made a discovery that has huge potential for future patients of nerve damage. Diseases such as Alzheimer’s, Bell’s palsy, Cerebral palsy, and many other illnesses regarding the nervous system/ nerves are one step closer to having a cure! Beyond chemistry and drugs, scientists are now using technology to find a cure using the first ever development of bioelectronic medicine. A device, ” The size of a dime and the thickness of a sheet of paper,” is implanted in the body to “speed nerve regeneration and improve the healing of a damaged nerve”.

This device, which is currently nameless, is powered wirelessly by a “transmitter outside the body that acts much like a cellphone-charging mat”. It is very thin and works by winding around a directly injured nerve(precisely where needed). After the device has engulfed the injured nerves, it delivers electrical pulses. These pulses accelerate wound healing and reproduce nerves. Doctors/ patients using this device have the ability to control the times which pulses are sent. Around two weeks after the device is injected, it naturally absorbs into the body not harmfully.

The device has yet to be tested on humans. Recent discoveries have been based on observations on rats with injured sciatic nerves. These nerves in rats send signals throughout the legs to control muscles in feet and legs as well as hamstring muscles. To perform the study, scientist spent ten weeks monitoring rats’ recovery while providing pulses one hour per day for one, three, six, or no days at all a week. After a little more than three months, researchers concluded that “any electrical stimulation was better than none at all at helping the rats recover muscle mass and muscle strength”, and the device accelerated the regrowth of nerves. They also concluded that “the more days of electrical stimulation the rats received, the more quickly and thoroughly they recovered nerve signaling and muscle strength”. Overall, no side effects of the device and its reabsorption were found.

Overall, this discovery can do great things for the human population. Making it extremely convenient, this device after put on can possibly replace pharmaceutical treatments for a variety of medical conditions in humans

Researchers are currently continuing to study this device to see what is most effective in animals similar to humans. They are evaluating the effectiveness of the devices different sizes,  duration, and fabrication.