Heat Waves in U.S Rivers have been rising. Why have they been rising and what are the effects of this? According to research in the article, heat waves in rivers have been occurring more recently and more frequently due to the warm weather. Scientists studied different Rivers in the U.S and found that rivers that are upstream from reservoirs cause extreme heat while rivers downstream from reservoirs don’t cause heat because the dam is able to cool off the water. They also said that where these rivers are located there are warmer winters then usual. Another key thing that they also found is that less precipitation will also have an effect because there is less water in the river therefore making it warmer. Another bad thing about this is that it is affecting the organisms that live in the rivers. In the research, they said that animals like salmon and trout like cold water and need it in order to obtain oxygen and regulate their body temperature. Scientists say that dams are looking promising in order to stop this rise in heat.

According to another article, a similarity between the two articles is the worry about wildlife and how this heat will affect them going forward.

According to a third article, another worry that relates to all of this is that a rise in heat will cause more evaporation meaning there will be less water. If there is also less precipitation that means that there will be little water in the river and everything will get worse. 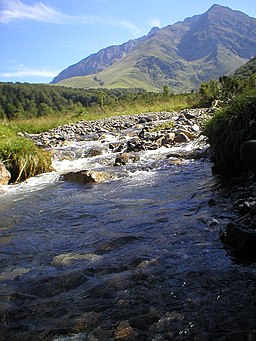 Bacillus Subtilis: Back from the Dead

Shhhhhhh! Some Viruses Can Sneak into Cells and Cause Cancer