You Survived The Black Death… But At What Cost? 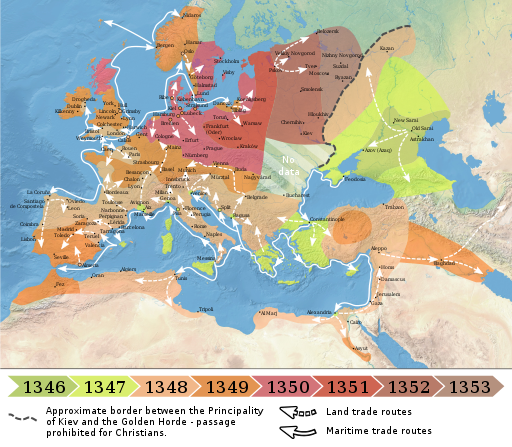 As we all know, the Black Death, which occurred from 1346 to 1352, is regarded as the deadliest plague in human history. It killed about a third of the Earth’s population and survivors were left with physical and emotional scars. However, one of the most wondered aspects of this pandemic was how so many people still managed to survive, since the plague came with a 30-60% chance of death. Today, though, we know that genetic variants in people at the time granted their bodies a stronger ability than others to fight off the disease or even avoid it. Those survivors, thanks to Charles Darwin’s evolutionary theory of survival of the fittest, were able to pass down those genetic variants; however, what is not commonly talked about is how these genetic variants currently affect the descendants of the Black Death survivors.

Recently, it has been discovered that the same genetic mutations that saved civilians in the 14th century from the plague are now the same ones that are increasing civilians in the 21st century’s risk of disorders such as Crohn’s Disease.

The two genetic variants most credited with providing protection against Yersinia pestis, the bacteria that causes the bubonic plague, are ERAP2 and NOD2. Both of these genes have been proven to assist the body and immune system in fighting off the infection faster, and have been passed down generation to generation thanks to the survivors of the plague. However, it has also been discovered that these genes are linked to Crohn’s Disease. Crohn’s Disease is an inflammatory bowel disease that causes swelling in the digestive tract, and a major risk factor of the disease is NOD2. It has also been recently suspected that ERAP2 is also causing individuals to be genetically predisposed to Crohn’s Disease. While ERAP2 does not increase a person’s chances of developing Crohn’s, it is still something to be concerned about, especially since NOD2 has already also been identified as a risk factor for several years.

In conclusion, it is safe to say that while the Black Death may be over, the long term ramifications of it are most certainly not and there is still more information to be found as to how these ramifications present themselves today.

How do you feel about these new findings surrounding the Black Death and the revelation that what could save someone from it hundreds of years ago could be the same thing that puts someone at risk to another disease today?

Robot Pills And The Future Of How Medication Is Delivered