PAXLOVID: A Breath of Fresh Air?

Right now, it seems like the only defense against the evasiveness of COVID is the vaccine. However, there has been a new emergence that might help alleviate some worries. This is the PAXLOVID anti-viral drug. This new drug is given to people with high-risk cases of COVID a few days after they are infected. Though, before this pill is approved, it has to run through many trials, and it has to be confirmed by the FDA (Food and Drug Administration). The numbers that are coming out of the trials of the drug are nothing short of astonishing….

Pfizer made the announcement that within 3 days of infection, the PAXLOVID drug reduces the risk of hospitalization or death by 89%. The trials for the drug were over a substantial amount of time. The numbers that have been received as of now are that out of 607 people tested, only 6 were hospitalized and NONE died. These are very promising numbers for the drug, and it is a big step towards approval. To further boost PAXLOVID’s credibility, placebo, a “control” drug was tested alongside PAXLOVID. This control drug is a fake pill to make people believe it is doing good for them. This is called the placebo effect. In the end, the fantastic numbers produced by PAXLOVID against placebo proved that PAXLOVID is the way to go and that it is a successful drug that actually works. Now you may be wondering how does this “anti-viral drug” work to defend against COVID?

The answer is not so simple. The primary goal for PAXLOVID, and any other anti-viral drug is to prevent the virus from replicating. As we learned in our biology class, the way a virus replicates itself is by entering the dendritic cell or macrophage, then it can actually copy RNA virus and take command of the cell, basically hijacking it. However, the anti-viral drug is made up of two clear components that instead of interfering with RNA copying enzyme, it blocks something else. The drug has the ability to inhibit Protease enzymes. Protease enzymes are mainly responsible for activating long strains of protein by cutting them down.

Altogether, PAXLOVID is a versatile, and very useful drug that we will likely be seeing and hearing more about in the near future. If you contracted COVID, would you be willing to take PAXLOVID? 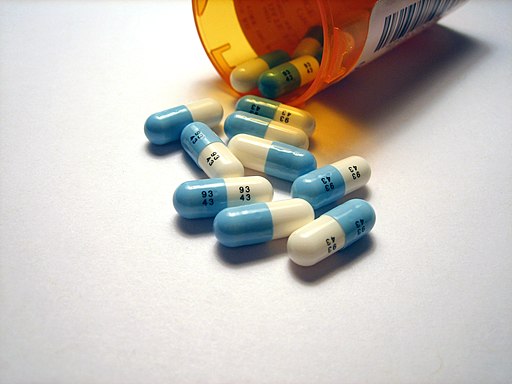 Vampires and COVID-19? They may have something in common; and spoiler, it has nothing to do with bats

The Science Behind COVID Tests