Weighing in at anywhere from 30 to just under 100 lbs, sea otters are the smallest ocean mammal. Scientists have long wondered how such small animals can withstand the cold waters in which they live. Unlike other sea mammals like whales who can have hundreds of pounds of blubber to insulate themselves, sea otters have rather trim, muscular builds. Although their fur is the densest out of any creature on the planet, scientists have concluded that their fur alone is not enough to insulate their bodies from harsh coastal climates. Scientists were puzzled for years as to how these petite mammals could endure water temperatures approaching and below 0 degrees Celsius. Finally, in the summer of 2021, a group of scientists revealed they found the answer to how sea otters stay warm: mitochondrial leaking. 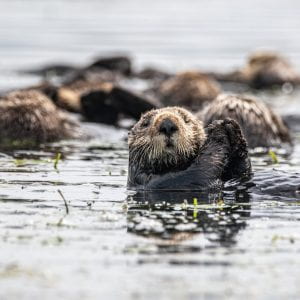 A Californian sea otter enjoying the coastal climate, thanks to their leaky mitochondria!

On July 9 2021, Traver Wright and his colleagues at Texas A&M University published their research that solved the long standing mystery of sea otter survival. For their research, the team took muscular tissue samples from 21 different otters, varying in age and habitat. The team chose to study muscle tissue as this is predominantly where metabolic reactions occur in mammals. Utilizing a tool called a respirator, the researchers measured the oxygen flow and respiratory capacity of the otters’ cells as an indicator for the amount of heat their cells are producing.

The mitochondria is an organelle found in all living cells. Often cited as “the powerhouse of the cell”, the mitochondria is responsible for many important processes within a cell, most notably the generation of ATP through the process known as the Krebs Cycle. The mitochondria also has a special process of generating heat. Peter Mitchell’s 1961 chemiosmotic theory explains how electrons being passed through the mitochondrial electron transport chain creates a proton gradient, or gradual change in concentration within an area, that drives the production of ATP. Sometimes, the protons escape the mitochondria’s inner membrane, leading to energy being released as heat. This process is called “non-shivering thermogenesis” and it is precisely what happens in the muscles of sea otters.

Because a lot of energy is lost in this process of generating heat, sea otters have a high metabolism and need to consume a lot of food to maintain homeostasis. This explains the studies of oxygen flow in and out of the otters’ muscles! The research shows that over 40 percent of the cell respiratory capacity is due to these proton leaks, showing the major significance of this phenomenon on the metabolisms of otters and how hard their bodies work to keep them warm.

The scientists’ next steps are to find whether otters are born with such traits or if they develop them when they live in cold water as a means to survive. While baby otters don’t generate heat well due to their low muscle mass, the study showed that proton leak was still heavily occurring in the babies’ cells. While the Texas A&M team made significant contributions to our scientific understanding of otters, they have also opened the door to a many new research opportunities to further our understanding and answer the new questions that their research posed. 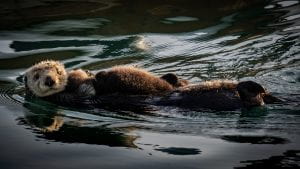 You Are What You Eat: Health Benefits of Fasting and Necessity of Proper Calorie Intake