In the United States, about 700 women die each year due to pregnancy related causes and about 65,000 women come close to death. The U.S. has the highest maternal mortality rate compared to developed nations. Maternal mortality is when a person dies during pregnancy, at delivery or shortly after childbirth. While this is a shocking statistic, an even more surprising one is that in the United States, Black women are three to four times more likely to die because of a pregnancy-related issue than white women. This disproportionate ratio is one of the reasons that the United States Mortality rate is much higher than other developed countries. But, the death of many of these Black mothers are preventable. 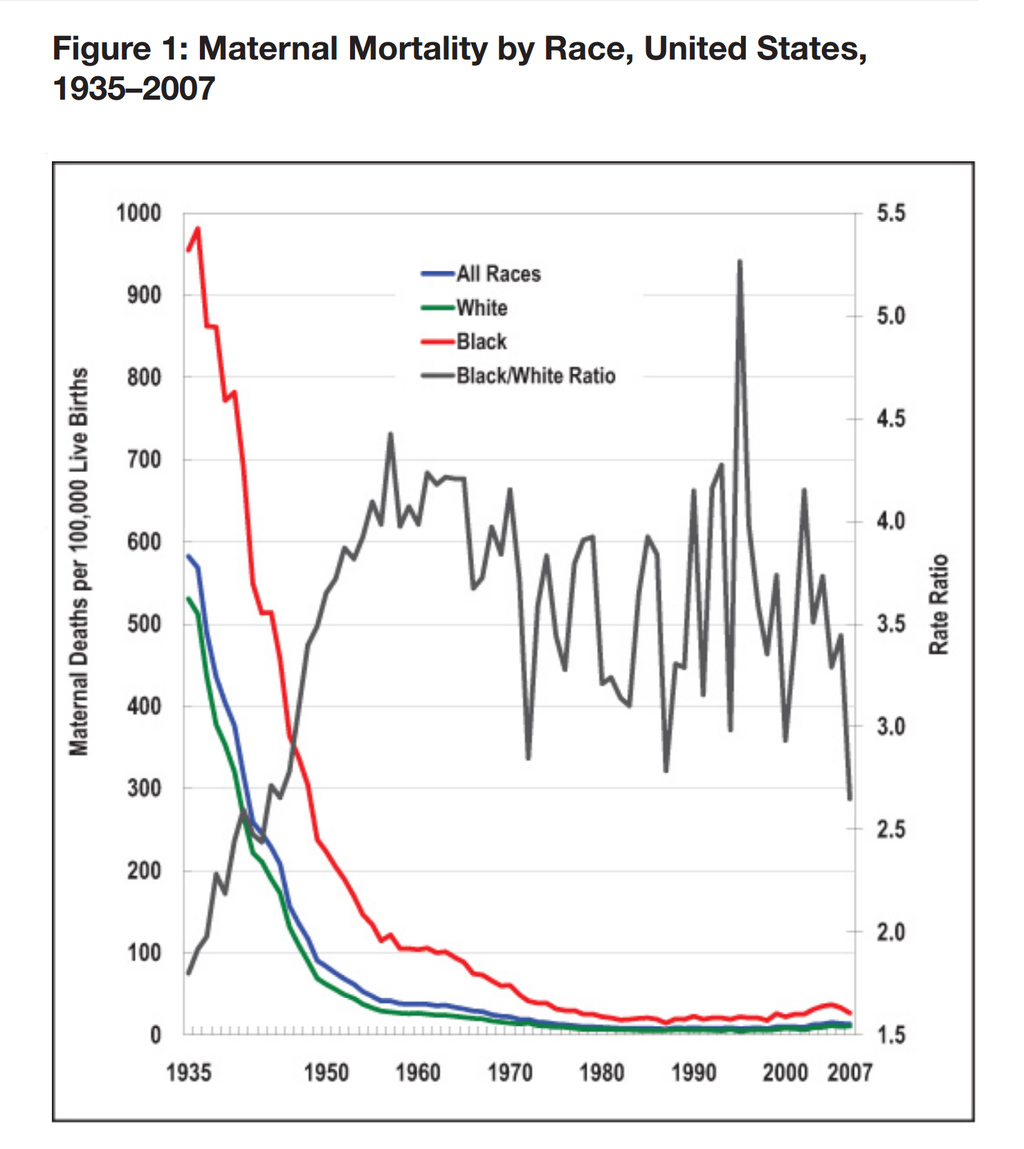 In the past, healthcare professionals and researchers have attributed this high rate of mortality due to pre existing conditions because Black women are more likely to be obese or hypertensive. More recently, in the scientific community there has been an agreement that the blame should not be placed on the women but instead on systemic racism. This is not only in healthcare but also because of other social inequities such as access to food, good schools, jobs, and safe drinking water, just to name a few. When understanding health inequities it is important to look at these social determinants of health, as well as access to prenatal care. While the blame is put on a number of complex issues, unconscious bias of healthcare providers play an important role. This is shown clearly through Serena Williams childbirth complications. Williams is at the top of her field, and a well respected woman. Despite being such an affluent figure, she was dismissed when she told nurses that her breath was shortening during childbirth. The nurses wasted crucial time even though they were informed of Williams’ medical history. Serena William’s story does not stand alone, well off Black women are more likely to die than white women due to pregnancy related issues. In general, one in four Black women report feeling disrespected by medical professionals. There are so many stories, such as, a new mother whose doctors didn’t believe her when she said she was having a heart attack until she had a second one, a mother whose obesity was blamed when she had trouble breathing when in the end it was her heart failing.

Recognizing the issue is only part of it, the next step is to implement policy and change to ensure that Black mothers do not die due to systemic racism and bias in the healthcare system. One way to potentially decrease the high rates in mortality is to recognize race as a factor during prenatal screenings, this way pre-existing conditions and health complications are less likely to be blamed. Hospitals should implement training on unconscious bias because if healthcare providers are not aware of the issue, they may not notice their own bias. There should also be a push for more standardized healthcare, an increased awareness around maternal health and ensuring that mothers make decisions about their own care. Realistically, there is not one answer to this issue as it goes beyond the healthcare system and instead is just one outcome of systemic racism in the United States. So, what do you think is the best solution to decrease the disproportion mortalities in maternal medicine?