What toxins lie beneath the grey leathery skin of a shark?

According to the article written at the University of Miami Rosenstiel School of Marine & Atmospheric Science,  scientists found toxins that are commonly linked to neurodegenerative diseases in the fins and muscles of many different types of sharks. Scientists collected samples of ten different sharks that are commonly found in the Atlantic and Pacific Ocean. The samples came back and tested positive for two toxins: mercury and beta-N-methylamino-L-alanine(BMAA). Many studies have linked mercury and BMAA to diseases like Alzheimer’s and amyotrophic lateral sclerosis(ALS). Shark meat delicacies are common in many Asian countries with dishes including shark fin soup. 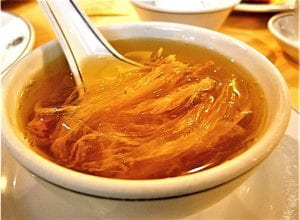 Effects of Mercury on humans

Mercury has numerous health effects on humans and can be detrimental to one’s neurological system. Not only that, mercury also affects digestive and immune systems and can damage lungs, kidneys, skin and eyes. Mercury poisoning can also cause slow reflexes, damaged motor skills and intelligence disorders. In many instances, mercury poisoning can increase your chance at developing Alzheimer’s disease. Researchers found that the toxin mercury tends to accumulate in the shark’s tissue throughout their lives.

Effects of beta-N-Methylamino-L-alanine (BMAA) on humans

The neurotoxin beta-N-Methylamino-L-alanine is an amino acid produced by certain organisms that have been linked to ALS, amyotrophic lateral sclerosis. BMAA was also linked to being a cause of Parkinson’s disease. Researchers found BMAA in shark fins and cartilage both of which are used in food and medicine, respectively. The image shown below is of alanine, one of the amino acids. There is an NCC structure shown in the middle, a carboxyl group on the left hand side, an amine group on the right hand side and the CH3 represents the R group. Since BMAA is a non-protein amino acid, when inserted with other amino acids it releases toxic chemicals. The picture below represents an alanine amino acid, however, BMAA has a slightly different structure. The R group of BMAA is NH along with H3C and the amine group is NH2 which contributes to its toxicity. 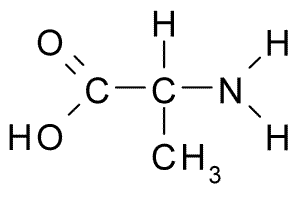 Why you shouldn’t eat shark meat?

If the reasons above have not convinced you not to eat shark meat, many species of sharks are facing extinction due to the high demand for shark parts. Though each of these toxins have their own set of dangers, mercury and BMAA together can have an entirely different and more dangerous effect on humans that researchers have not yet explored. To be safe one should refrain from consuming shark products if not for your own health but to save the sharks.

Don’t be afraid of sharks we need them!

Sharks play a very important role in the ecosystem. Sharks are the apex predators in marine life are most likely at the top of the food chain. Ultimately, they keep the rest of the ocean healthy and in order. Without them many dangerous organisms would be present and could harm marine life. Sharks keep balance within the ecosystem and ensures diversity among ocean species. If you suffer from viruses like cystic fibrosis, researchers are close to finding anticoagulants within shark tissue that could possibly cure certain diseases. Sharks are also very important in the carbon cycle. When they die naturally, their bodies are full of carbon which is then consumed by scavengers and carbon is recycled into the ecosystem. Sharks do way more for us than we think!

Astronomers: The Next Climate Change Culprit