Contrary to popular belief, a bird’s brain is indeed intelligent. Pigeons are able to identify the painting of Picasso and Monet, with training and ravens are able to identify themselves in a mirror. For a long time, it was believed that bird brains are not complex, however, according to an article from Scientific American, recently it has been discovered that bird brains have many similarities to the brains of mammals. 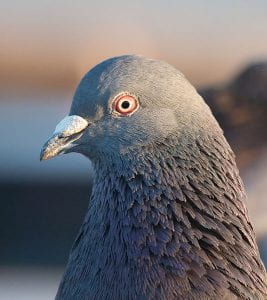 The neocortex is the outer layer of the brain that allows cognition and creativity, in mammals. Although the brains of birds hold a different shape, new research can compare their structure to the neocortex in mammals. It is found that the layout of the brain is similar to humans, explaining their advanced behavior and abilities. Originally, it was believed that avian brains were a  group of neurons located in a region known as DVR, and an individual nucleus called the wulst, whereas mammal brains consist of six layers with columns of neurons that transfer information horizontally and vertically. These clusters of neurons, each contained a nucleus which ultimately allows for the production of proteins in the cell. However, In a study done by, senior author Onur Güntürkün, a neuroscientist at Ruhr University Bochum in Germany, along with his colleagues they discovered that, ”in both pigeons and barn owls, these brain regions are constructed much like our neocortex, with both layerlike and columnar organization—and with both horizontal and vertical circuitry” (Stetka). This research rejects the once accepted understanding of avian brains. Additionally, “We can now claim that this layered, corticallike organization is indeed a feature of the whole sensory forebrain in most, if not all, birds,” says Martin Stacho, co-lead author of the study and Güntürkün’s colleague at Ruhr University Bochum. Ultimately, it is confirmed that the DVR of avion brains is related to the cortex of mammal brain, thus explaining many of birds unique abilities. Although this theory was suggested by Harvey Karten in the 60s, it was not supported, but new this research credits Kartens hypothesis. 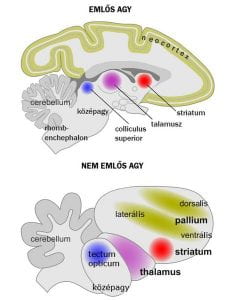 This new discovery raises more questions of the possibility of sensory consciousness in avian brains and ancient animal brain evolution. The latest common ancestor of birds and mammals are reptiles, from 320 million years ago, and its brain is believed, “it wasn’t like the neocortex or the DVR. It was probably something in between that, in mammals, developed a six-layered neocortex and, in birds, to the wulst and DVR”, said Martin Stacho.

With the current discoveries on bird brains, new possibilities are being researched and many scientist are realizing that our brains may hold more similarities to different animals than previously believed.