CRISPR. Sounds more like a new brand of potato chip than something potentially revolutionary (Bold new flavor. Bold new crunch. CRISPR.). Nevertheless, this tool used for easy gene editing and slicing is tearing up the science world because it could be the key to combatting disorders and diseases.

Recent research indicates that CRISPR/Cas9 based genome editing tools could aid in the fight against malaria, one of the “big three” diseases that has long affected and continues to affect humans worldwide. How is CRISPR/Cas9 able to do this?

CRISPRs (Clustered Regularly Interspaced Short Palindromic Repeats) originally are how bacteria protect themselves from foreign viruses. CRISPRs contain DNA from viruses that have attacked the bacteria, and so when a similar virus attacks, the bacteria knows that this virus and his DNA are bad. Essentially, CRISPRs allow bacteria to build up immunity. When foreign DNA is detected, the Cas9 enzyme is guided by the CRISPR and is able to cut the desired DNA. Scientists have come up with a way to engineer and manipulate the CRISP/CAS9 system into other organisms (such as mosquitoes) so that we can successfully edit genome sequences and genes to produce desired results. We take advantage by specifying which genes the Cas9 should cut/replace, and then it does just that. Therefore, the CRISPR/Cas9 system allows us new genome editing potential like none before.

Made by Viktoria Anselm.

How does this apply to mosquitoes and malaria? Scientists experimented with genetically modified malaria-transmitting mosquitoes (Anopheles gambiae), altering the fibrinogen-related protein 1 (FREP1) gene on them. This gene essentially codes for a protein that makes mosquitoes a vector for malaria. The scientists used the CRISPR/Cas9 to inactivate this gene.

The results produced mosquitoes with significantly less transmission of malaria to both human and rodent cells. However, these mosquitoes have “reduced fitness”: a significantly lower blood-feeding propensity, egg hatching rate, a retarded larval development, and reduced longevity after a blood meal. Essentially this means that these mosquitoes have a low chance of affecting populations of mosquitoes in the wild without being “pushed” by scientists, where scientists are “forcing DNA to inherit particular sets of genes.” This is called a gene drive. With a strong push for a couple of years, there is potential for worldwide mosquito populations to be significantly changed in 10-15 years. 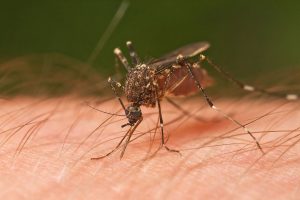 I chose to write about this new research and potential breakthrough because it really means something to me, as I have lived in and visited countries threatened by malaria. I had to take preventative pills every morning, and I would have to sleep in a restrictive mosquito net. All that made me wonder about and feel for a kid in the same country who didn’t have those things and how he or she would manage without those barriers to malaria. Having said that, I really do believe this is a worthwhile option we should explore, and I think it can make a difference for the world.

What do you think? Do you think it is realistic for theses mosquitoes to change the entire mosquito population and effectively help reduce malaria transmission? Will CRISPR/Cas9 work as we hoped? Or is it too good to be true?

CRISPR Cas9, too good to be true?