Today, there is new technology that allows genes to be edited. This is called CRISPR. CRISPR can fix genetic defects that lead to disease, improve food nutrition, and even resurrect extinct species. A research team in Japan created a new technology in addition to CRISPR that can change a single DNA base in the human genome. This is called Microhomology-Assisted eXcision or MhAX. The team called this new technique “absolute precision” in their article published in the Nature Communications journal.

MhAX originated when a group of researched wanted to have a better understanding on single nucleotide polymorphisms (SNP), which are single DNA mutations that can contribute to hereditary disease. In order to discover that these SNPS cause disease, researchers need to compare two genetically matched “twin cells.” However, twin cells are difficult to make because twin cells are not completely identical-they have a single different SNP. MhAX gives a new way to make twin cells.

The research teams used an extensive process to make the edits. First, the SNP modification and fluorescent reporter gene is inputed into the cell. This allows for researchers to see which cells are changed. The researchers then created another same DNA sequence, called microhomology, that was stationed on each side of the fluorescent gene. This allowed for sites where CRISPR can enter and trim the DNA. In order to leave only the SNP in, the research team used microhomology-mediated end system (MMEJ), a repair system that can remove the fluorescent gene. This technique, according to the team of researches, is precise and they are hopeful that it will be used to gain a better understanding of disease mechanisms which could potentially lead to gene therapies.

MhAX is very interesting because it is an additional technique to CRISPR that can help alter genes. It is very fascinating to read about the future of genetics and the new technology being created that can changes genes connected to diseases and improve the lives of people. For more information on MhAX, click here and here. Based on this research, how do you think this technology will be used in the future? 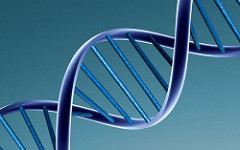