We’ve all suffered from a nasty bacterial infection of some sort, like strep or a sinus infection. Usually, we go to the doctor and are prescribed antibiotics, and are cured in a few days. The problem with this is that bacteria are becoming multi-drug resistant and skipping over weaker antibiotics and immediately using stronger ones to increase the effectiveness. This is because to test out if an infection is resistant to antibiotics, a doctor would have to send a sample to a lab and wait 2-3 days for the results (Fore more information on standard bacterial lab tests, click here). The more antibiotics that are overused and misused, the more super-bugs (multi-drug resistant bacteria) will emerge.

Luckily, there is a new advancement in testing bacterias resistance to antibiotics. A new test has been developed at Caltech that can identify antibiotics resistant bacteria in as little as thirty minutes. The test was focused on UTI’s; they took a sample of infected urine and divided into two groups. One group was incubated, and the other was exposed to antibiotics for fifteen minutes. The bacteria were then lysed, or broken down, to release their cellular contents. The contents are then run through a process combining d-LAMP and Slip chips. This process replicates specific DNA markers which are imaged and counted as fluorescent spots on the chip. 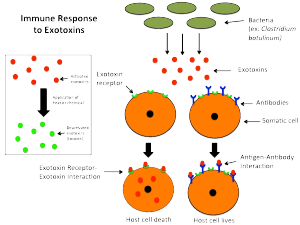 This Photo is credited to Wikipedia

The logic behind this test is that antibiotics affects the DNA replication of bacteria, so there will be less fluorescent spots on the chip for bacteria that is not resistant to bacteria. If the DNA are resistant to bacteria, the DNA replication, fluorescent spots, will be the same in both groups. The tests had a 95% match with the standard two day test, (hyperlink info about standard test) and was tested on 54 subjects with UTI’s caused by the same bacteria, Escherischia Coli.

The creators of this test, Ismagilov, Schoepp, and Travis Schlappi, are continuing to test other bacterial infections, and hope to modify the test to be able to test blood infections. Blood infections are more difficult to test because the presence of bacteria in blood is significantly less than in urine. Having a test like this, for many types of different bacteria, which could be performed in one doctors visit would help reduce the overuse and misuse of bacteria, thus decreasing the chance of new superbugs emerging.