Seagrasses have been known to improve water quality greatly, however it was only recently that scientists discovered other major benefits of the plants that reside in the ocean. The name seagrasses is a misnomer, for they are actually plants that grow in shallow ocean water. Seagrasses are one of the largest stores of carbon in the ocean, and they also remove excess nitrogen and phosphorous from the water.

A few years however, ecologist Joleah Lamb’s colleagues fell ill with amoebic dysentery. This is an intestinal illness that they contracted while conducting research on coral reefs in Indonesia. The illness can be caused by the release of raw sewage into the ocean by a city, which leads to a drastic increase in the populations of shoreline bacteria. The water collected close to the shore had been compared to offshore tidal flats and coral reefs with seagrass beds. The two different sites were very close to one another, yet the water where the seagrass was had a significantly smaller amount of Enterococcus bacteria. The bacteria in areas with seagrass was only 1/3 of that in other areas that did not have the plants. This bacteria is not only dangerous for humans, but is harmful for fish and other species as well. 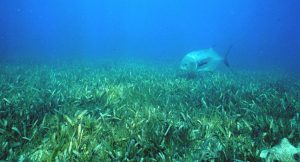 While at this moment it is uncertain how the seagrasses clean the water, we know that seagrasses trap small particulates and prevent them from flowing on in the ocean. It is believed that the plants would catch the bacteria in the same way, or that the leaves might emit antimicrobial compounds that directly kill the bacteria. Another possibility could be that seagrasses release oxygen made during photosynthesis, and the oxygen is toxic to pathogens. Also, it is noted that seagrass meadows often are located next to coral reefs, so some suggest that they work together to protect one another from bacteria and other possible dangers.

MRIs Catch Autism Prior to Symptoms