The Microbiome’s Role in the Success of a Diet

Just in time for the many New Years resolutions where people promise to go on a diet to lose weight or get healthier, a new study covered by Huffingtonpost has found that the bacteria in your gut can affect the success of your diet.  This new research has demonstrated that all the diet alterations in the world, whether you give up pizza or ice cream, may do nothing if your intestinal bacteria are out of whack from a life of eating poorly.

Originally published in the journal Cell Host and Microbe, these new findings tell us that switching to a healthier diet may not help much, at least in the beginning, if you still have unhealthy bacteria left over from your non-diet days.

However, according to Dr. Jeffrey Gordon, a biologist at Wash U in St. Louis and senior author of the paper, the scientific community has found a way to “mine the gut microbial communities of different humans to identify the organisms  that help promote the effects of a particular diet in ways that might be beneficial.” In simpler words, research has shown that short-term dietary changes can alter the gut microbial community.

In order to demonstrate these findings, the researchers examined two groups: one that ate the standard, high-calorie American diet and one that ate a more plant-based, lower calorie diet. As expected, they found that those with the standard American diet had less diverse microbiota and that people with a plant-based diet had a more diverse, and healthier, microbiome. Diversity in the gut is important because it aids digestion, nutrient absorption, and immune system function; on the flip side, an unhealthy microbiome can contribute to inflammation, anxiety, depression, poor digestion and even autoimmune diseases. 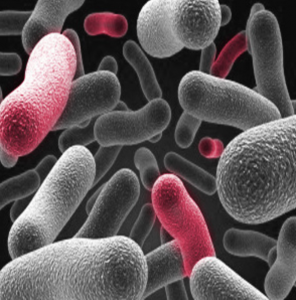 The next step in the experiment involved analyzing the microbiome set-up in mice who had been colonized with bacteria from the human subject. These mice were either fed the native diet of their human donor (American or healthy), or the opposite diet. Analysis of the results revealed that all mice saw a change in their bacteria in response to the diet, but the bacteria of the American diet showed a weaker response to being changed to a plant-based diet ― their microbial communities didn’t increase and diversify as much as the mice colonized with the bacteria of the humans who ate a plant-based diet.

In conclusion, your gut would definitely benefit from a diet more heavily based on plants and vegetables, but if you have been eating a very unhealthy diet thus far, it may take a little longer to see results, as the makeup of your internal microbiome has to change.