IS THAT POISON IVY???

Scientists have discovered a possible new treatment to prevent itching from poison ivy, a painful nuisance that affects up to 50 million Americans annually. Using an antibody for the protein interleukin-33, scientists were able to drastically reduce itching in test mice. As treatment now generally doesn’t do much to combat the discomfort of itching, this is a major breakthrough in poison ivy treatment. 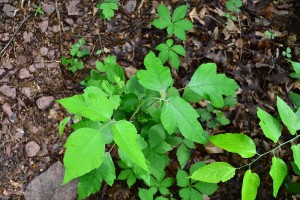 What is Poison Ivy?

Poison Ivy is a plant that produces resinous oil called urushiol that covers the entire plant: stems, leaves, and roots. When this oil comes into contact with human skin, either directly or through a secondary source like an animal or tool, it triggers an allergic reaction in 85% of people, causing your immune system to attack and create an itchy rash. This rash can escalate into hives and blisters.

What is this discovery?

So far there is treatment such as antihistamines and corticosteroids that help swelling, pain and accelerate recovery, but there is no real cure for the itchiness and discomfort this rash can cause. However, by blocking a certain protein in the immune system with an antibody, one can block the signals to the brain communicating an itch on the skin. This protein is interleukin 33 (IL-33), a common protein that acts directly on the nerve fibers in the skin, exciting them and telling the brain that the skin is severely itchy. When blocking this protein, scientists conducting an experiment on lab mice were able to reduce not only inflammation, but the amount of scratching.

If this treatment could be used on humans, it would provide a far more affordable and effective treatment for victims of this pesky condition, and eliminate the doctors visits, lost time at work or school, and costs of only partly helpful drugs that are now necessary for people suffering from this rash. Hopefully, the pain and annoyance that comes with Poison Ivy will soon be a thing of the past.