Could drinking milk reverse the effects of Alzheimer’s?

While it may seem like a stretch, researchers have recently discovered a link between probiotics, or good bacteria, in our intestinal tracts and neurological function. A study done at Kashan University of Medical Sciences and Azad University in Iran has revealed that probiotics can improve cognition in those suffering with Alzheimer’s. 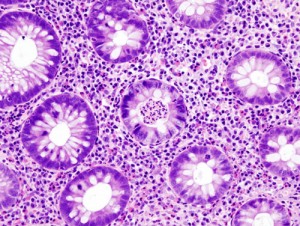 Many studies done in the past have shown that probiotics in mice have resulted in improved memory and learning as well as reduced depression, anxiety and OCD- related behaviors. These surprising findings have led scientists to be curious about weather or not humans would benefit in the same ways. Prior to this most recent study however, no research has been done on the effects of probiotics in human brains.

52 men and women between 60 and 95 years old with Alzheimer’s participated in this groundbreaking study. Half of the participants were randomly chosen to receive 200 ml of milk enriched with probiotic bacteria, while the other half were given untreated milk daily for 12 weeks. Prior to beginning the study, participants and were given a questionnaire testing cognitive function, which included tasks like repeating a phrase, giving the current date and naming objects. While these may seem like simple tasks to us, patients suffering with Alzheimer’s have great difficulty completing such actions.

While this area of research is still in its primary stages, the findings of this study helped us discover an important connection between the gastrointestinal tract and neurological function, as well as how probiotics have a direct effect on cognition. Researchers have hope that further study can reveal more about the affects of probiotic on Alzheimer’s and other neurological conditions.