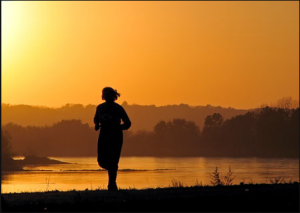 A breakthrough has been made in how our skin absorbs energy from the sun, as it has been discovered that ultraviolet receptors in the skin react to UV light much faster than previously believed.

UVA light, which accounts for approximately 95% of the ultraviolet radiation that reaches Earth’s surface from the sun, causes pigment producing cells in the skin to create melanin, which protects the skin by absorbing the UVA radiation.  As the melanin pigment is created, calcium is released.

What has been particularly interesting is that the discovery has found that the human skin uses a similar mechanism to that used by the retina to detect light.  It seems that the eye and the skin, the only two organs that are constantly exposed to solar radiation, use similar molecular mechanisms to decode light.  Additionally, according to Elena Oancea and colleagues at Brown University, the process occurs much quicker than what was previously known.  The discovery of the quick biological reaction that takes place in the skin in the absorption of light can have an important application, as new sunscreens can be designed that will be more effective.

“We hypothesize that the early melanin production triggered by rhodopsin activation provides a first line of defense against ultraviolet light-induced damage,” says Oancea. “If this is the case, then this pathway and its protective capacity should be taken into consideration in the design and use of broad-spectrum sunscreens.”

What do you think?  Will this discovery have an important impact, and lead to the creation of more effective sunscreens?  I hope this means that I won’t ever get another sunburn again.

For a detailed look at Oancea’s data, check out her research report,  Identification of Light Sensing Receptors from Skin    ,  and this link: http://www.ncbi.nlm.nih.gov/pmc/articles/PMC2390870/