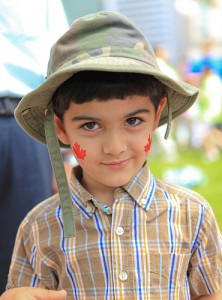 I mean they do have Ryan Reynolds,  Rachel McAdams, Ryan Gosling, Ellen Paige, that tall guy from Glee, and Beiber. Well, maybe Bieber doesn’t isn’t a testiment to Canadian superiority, but recent studies have found certain signs of rapid genetic changes among the recent residents of a small Canadian town,  Ile aux Coudres, in the last 140 years. These changes include the average age of first maternity dropping from 26 to 22, resulting in larger families which are advantageous in rural areas.

Now while some may argue that this is merely an effect of the rural culture, anthropologist and geneticist, Emmanuel Milot says “Culture shapes the selection pressures acting on the age at first birth and the reproductive history of women in this population [therefore,] the cultural context was favoring the selection of some genes.” With the help of the Catholic Church’s detailed record keeping, Milot and his team were able to identify this trend as one attributed to genetic rather than environmental changes.

This study supports the school of thought that humans are still evolving and examines microevolution over the course of just a few generations.  Other studies show that certain human populations in different regions are evolving differently still today. A classic example of this regional evolution is the Mongoloid Race‘s decreased amount of sweat glands and small eyes. These are regional adaptations meant to be advantageous against the cold, snowy environment in which they live. Less sweat glands means more water conserved and less sweat released in order to avoid having it freeze on their skin, thus avoiding dehydration and hypothermia. Smaller eyes are beneficial because they help keep the sun’s glare from the snow at a minimum. These are all examples of ancient regional evolutions, similar to the current day changes occurring in some small Canadian villages.

It is definitely exciting to think that we are still evolving and adapting to our environment. It is a testament to the human race’s ability to change and adapt which has led us as far as we are today. Have you noticed any recent changes in your region’s population? Do you see any growing genetic trends in today’s youth?

Can timing change everything?