Chocolate, both sides of the coin…err bar. 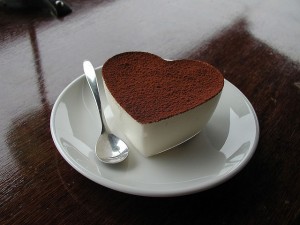 Chocolate’s ability to lower the occurrence of coronary heart disease in its consumers seems to have real scientific basis.  Chocolate, which is known for its high phenol content, specifically “epicatechin” has been shown to reduce lipid oxidation in humans. Now you are probably wondering what oxidized lipids have to do with coronary heart disease, well…keep reading.  Oxidized lipoproteins are thought to play an integral role in coronary artery disease.  In combination with high blood cholesterol, high levels of these lipoproteins serve as a useful marker for predicting impending coronary artery disease.  While these studies are quite promising for chocolate connoisseurs, I personally believe chocolate should be eaten in moderation.   One reason to consider eating chocolate in moderation is due to the presence of Theobromine, a naturally occurring chemical compound in the same family as caffeine (interestingly enough Theobromine is the compound in chocolate which is toxic to dogs.)  Theobromine is capable of causing such adverse effects as, sleeplessness, tremors, restlessness, anxiety, loss of appetite, nausea, and vomiting as well as acting as increasing urine production.  Lastly, the chocolate or cocoa used in clinical studies doesn’t appear to bear much resemblance to the sugary candy bars most people are enjoying.  Has anyone tried eating pure cocoa?  It’s not much of a treat.  Chocolate in my opinion remains a dessert and as a dessert, should be consumed infrequently.  Sorry chocolate lovers, maybe one day.

How often do you think chocolate can safely be consumed?  Do you agree with cocoa’s recent characterization as a health supplement?  Have you ever tried raw cocoa?

The More Chocolate the Better!

Laugh Until It Hurts!