Cancer is a disease that has ranked 2nd in the deaths of the US only falling behind to heart disease. In our AP Biology class, we learned that cancer in humans is caused by a cell that has a genetic defect that is multiplying too quickly causing clumps and tumors. Whilst this has been devastating to humans and other animals for years, how does it affect plants that are another kind of multi-cellular organism?

An article that highlights the effects of cancer on plants states that cancer in plants acts differently than cancer in humans. Within plants, the cells aren’t moving so it can’t affect many other tissues like in animal cells. Furthermore, plants, specifically trees, don’t have any vital organs whereas with humans if cancer reaches an organ such as the Brain or the Liver we will die, however, if cancer reaches a branch the tree can simply grow a new one. In a New York Times article, C. Claiborne Ray states that “Excess plant cell production in the form of galls sometimes benefits future generations of insects” This relationship is not seen in Animals and can really help the wasps as they lay their eggs in the fast-growing tissue. Cancer in plants can almost be seen as helpful to the environment.

Cancer in humans is vastly different because there is no upside to having cancer as an animal. Cancer in animals is caused by an old cell not dying but instead rapidly multiplying and thus creating an abundance of defective cells that cause things such as tumors and if it were to reach your vital organs you would most likely die. In humans, the only real way to treat cancer so far is to use Chemotherapy. This method of treatment is very basic as it doesn’t distinguish between what fast-growing cells are which and kills any cell that is growing too fast. It is not 100% effective nor is it side effect free. The patient’s hair falls off as hair is very fast-growing and the therapy believes that it is cancer cells so they kill it off.

In conclusion cancer in Humans and Plants are similar at the beginning with things such as how they contract cancer and what exactly happens. However, the effects for plants are severely less than the effects on humans. While plants cancer gives a nice home for wasps to lay eggs as well as simply give the plant a minor bump. Human cancer is a devastating disease that caused the death of millions. Let me know what you think down below! 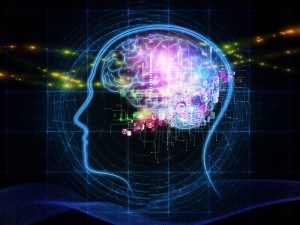