Exactly 200 years after Marry Shelley’s Frankenstein, neurosurgeon Sergio Canavero has announced that he will be performing the first ever human head transplant in 2017, until recent reports say that it will not take place until early 2018. However, this is not the first head transplant, as nearly 50 years ago a rhesus monkey was the first recipient of such an operation. Additionally, Canavero has found a partner for the operation, Xiaoping Ren, who states that he has practiced this on over 1,000 mice.

Until April 28th of 2017, our human guinea pig was 31 year old Russian man, Valery Spiridonov. He suffers from Werdnig-Hoffman disease, a form of muscular atrophy. However, the Italian neurosurgeon announced that Spiridonov will not be the head donor, but in his place a volunteer from China. Canavero stated the reason for this is due to the surgery taking place in China, and getting a Chinese donor is much more convenient/practical.

As for the procedure, the operation is said to take 36 hours. During these hours, the donor head and body will have to be cooled down to a temperature of -15˚C so the cells last more than a few minutes without oxygen. They will cut the tissue around the neck, having the major blood vessels linked by tiny tubes. Then, the spiral cord on both the head and body will be severed cleanly with an extremely sharp blade to minimize damage to the spinal cord. Finally, the head is ready to be connected. The two ends of the spinal cord will be fused with a chemical known as polyethylene glycol, a chemical used in certain medicines such as laxatives, but has been shown to act as a catalyst to the growth of spinal cord nerves. Following the connection of the muscles and blood vessels, the patient will be put into a coma for a month to decrease and limit any movement so that the electrodes can stimulate the spinal cord to grow and strengthen connections. 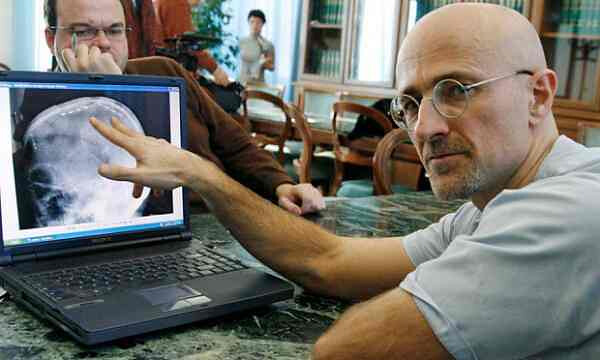 As for the reaction to this so called “taboo-medicine”, the scientific community is not only skeptical but horrified as well. Many argue that the procedure is simply unethical and a twisted, gruesome form of medicine. However, Canavero states that it is simply giving a chance for paralyzed people to hopefully be able to walk and function on their own. What do you think of this? Is it unethical and taboo? Or is it an opportunity for progress?

For more information visit these sources: