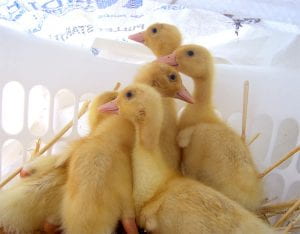 The Superhero Powers of COVID-19 Antibodies!

Antibodies are superheros that could save many people from the devastating effects of COVID-19. Defined broadly, antibodies are proteins in the blood that are formed in order to fight against antigens and foreign substances. An article put out by the CDC on November 3, 2020, states that there is not enough information to make a formal conclusion regarding the ability of COVID-19 antibodies to protect someone from being infected again by the virus. Nonetheless, a more recent article released by Nature on December 7, 2020, counteracted that statement by analyzing a study in which Dan Barouch and his colleagues tested which elements defend against COVID-19 using rhesus macaques (monkeys). According to the study, only a very low level of antibodies is required to defend a host against COVID-19. Furthermore, when antibodies are low, T cells are found to contribute to immunity.

In the study, the team took antibodies from masques recovering from SARS-CoV-2 and distributed the antibodies to healthy masques. The antibodies successfully protected the masques from the virus and even activated antibody-dependent natural killer cells, boosting immunity. These results suggest that the injection of antibodies could be very successful in defending individuals from COVID-19. 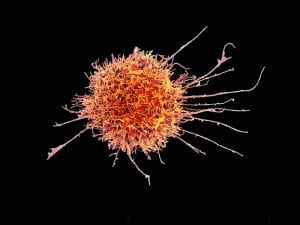 This information regarding antibodies connects to topics covered in AP Biology. Our immune system protects our body against pathogens such as SARS-CoV-2 through adaptive immunity. Two types of lymphocytes are necessary for an adaptive response: B Lymphocytes and T Lymphocytes. B cells are responsible for a humoral response (or antibody-meditated response) and secrete antibodies. Thus, when someone contracts COVID-19, the activated B cells in their body secrete antibodies that will bind to and neutralize SARS-CoV-2.

The fact that only a low level of antibodies is required to defend a host against COVID-19 is vital information for scientists. Extracting the antibody-producing B cells of an infected patient, medical experts could use the genetic information to create a massive amount of antibodies to be turned into a drug for distribution. This injection would help patients infected with SARS-CoV-2 fight off COVID-19. Thus, antibodies could save many lives and are, therefore, real life superheros!

Recent studies suggest that shark populations may be in grave danger. By enhancing immune responses, squalene—a polyunsaturated hydrocarbon found in the liver of sharks—has been proven to make vaccines, such as malaria and flu vaccines, more effective. Thus, squalene can be found in some of the COVID-19 vaccine candidates, posing a potential threat to sharks. 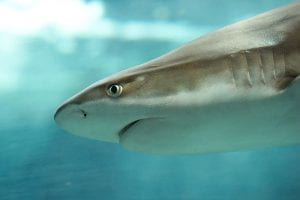 500,000 sharks are potentially in danger

If the final COVID-19 vaccine contains squalene, about 500,000 sharks could be at risk. Already, an estimated 100 million sharks are killed annually. While shark fin soup—a cultural Asian dish—poses the greatest threat to the animals, an estimated 2.7 million sharks are already being harvested for squalene which, apart from being used in vaccines, is a popular moisturizing ingredient in cosmetics. Squalene works as a great moisturizer because it is a lipid, one of the four main classes of organic compounds found in living things as learned about in AP Biology. Specifically, squalene is a polyunsaturated hydrocarbon which means that the structure contains rings composed of bonded carbons and hydrogens. Similar to lipids that are composed of fatty acid tails, the molecule is hydrophobic, making it a good moisturizer. When squalene comes into contact with the skin, it repels water which traps moisture inside it’s layer. This keeps moisture from leaving the skin.

There are other alternatives. Squalene can be found in non-animal resources such as olive oil, wheat germ, sugar cane, bacteria, and yeast; however, extracting the lipid from sharks is more efficient for producers, offering a greater yield at less of a cost. Nonetheless, sharks play a vital role in our oceans as a top predator, and relying on them for a vaccine is not only unsustainable but would also be very costly to our environment and world.

In addition, the question of morality comes into play—do we, as humans, have the right to place ourselves above the lives of complex creatures such as sharks? Personally, I think it is incredibly unethical to even consider harvesting hundreds of thousands of sharks for a vaccine, especially when there are other methods of obtaining squalene.

It still remains unclear whether half-a-million sharks will actually be killed for the potential vaccine, but the very idea is frightening for shark-lovers like myself. We must protect our sharks, our oceans, and our world!