Everybody hates mosquitoes. Not only are they annoying pests that bite us during the summertime, but they are also transmitters of the parasite that spreads malaria–Plasmodium.  However, scientists believe that they have found a way to wipe out malaria for future generations. By using CRISPR in order to alter the fibrinogen-related protein 1 (FREP1), Plasmodium can be stopped from spreading amongst human beings.  The alteration stops the plasmodium from reaching the mosquitoes’ salvatory glands, effectively halting transmission into the human bloodstream.

However, although CRISPR is a lot less drastic than simply wiping out the mosquito population, it does come with minor setbacks.  The alteration made to the FREP1 gene causes the fertility of the mosquito as well as the egg-hatching rate to drop.  These effects cause the reproduction rates of the altered mosquitoes to be significantly lower than that of other mosquitoes.  If the modified mosquitoes are not able to reproduce, then the genetic modifications are unlikely to have any real effect on the transmission of malaria since they are not being passed on generationally.

Even though the alteration of mosquitoes’ genetics is definitely a scientific feat, there are no certainties when it comes to this attempt to stop malaria. Nobody is positive about whether or not CRISPR is the solution, but it is definitely a huge step in the right direction.

Menstruation Does Not Affect Cognitive Performance…Period. 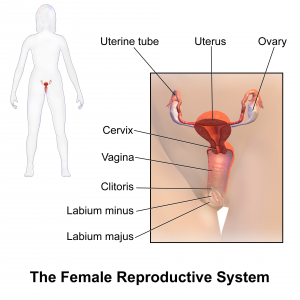 Mood swings, abdominal pain, nausea, acne, and bloating.  Do any of these sound familiar?  These are all some of the most common effects of menstruation and, until recently, a drop in cognitive function was widely accepted as another one.

Despite what old assumptions might have been, new scientific research is transforming the way that we look at the menstrual cycle.  According to a study led by Professor Brigitte Leeners, menstruation does not actually negatively affect your cognitive functions.  It is common for people to believe that hormones that are released during the cycle have a significant effect on cognition, but Leeners learned that estrogen, progesterone, and testosterone do not actually consistently inhibit cognitive performance.

Leeds measured cognitive ability at four different points during the menstrual cycles of 68 different women.  The participants were tested on their abilities through tests that specifically measured their cognitive bias, memory, and attention.  The test spanned the courses of two consecutive menstrual cycles.

As one can expect from an experiment, there were outliers, so some women experienced cognitive changes as a result of their periods.  According to Leeds, however, “Although there might be individual exceptions, women’s cognitive performance is in general not disturbed by hormonal changes occurring with the menstrual cycle.” So, even though certain women were affected by their cycle, the overwhelming trend showed that, typically, women are able to perform just as well whilst menstruating as they would if they were off of their cycle.

So, your period affects a lot of things.  It can cause discomfort, fatigue, gas, vomiting, and more.  But one thing it cannot do is prevent you from taking your next biology test or attending your 8 AM classes.  Oh well. 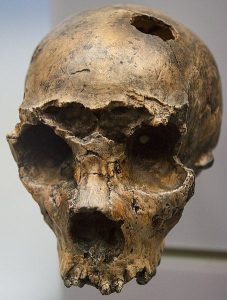 Do you know your ancestry?  While all humans beings have their own varying histories, many are held together by one ancestral truth. They are all partly Neanderthals!  A new Neanderthal woman has been found in Croatia, and the tests being performed on her are changing the way scientists perceive human genealogy.

This discovery may be more impactful news for humans that originated outside of Africa.  For those who migrated out of Africa, scientists have cause to believe that Neanderthal DNA accounts for 1.8 to 2.6 percent of their DNA!  Considering that the common belief had been that Neanderthals accounted for 1.5 to 2.1 percent, this new knowledge is a great leap forward in understanding the way that evolution and ancestry shape the life of the modern human.  The genes that Neanderthals contributed to the modern human may affect cholesterol, mental health, body fat levels, and more.  Don’t be too alarmed about the potential negative side effects of sharing Neanderthal DNA, though.  The lead author on the study, Kay Prüfer, clarified that Neanderthal DNA is not definitively bad for your health.  He said, “We find one variant that is associated with LDL cholesterol, and the variant we got from Neanderthals is associated with lower LDL cholesterol.” So, rest assured.  Neanderthal DNA does not mean you will have certain health issues. It only means that you can.

These studies are not only teaching scientists about humans, though.  By comparing the bone fragments of the Neanderthal found in Croatia with another Neanderthal found in Siberia, scientists discovered that Neanderthals are extremely similar in DNA to one another.  Despite being from different parts of the world, both Neanderthals had strikingly close DNA structure.  This closeness in DNA is most likely a cause of a small population.  All of this information sheds a light on the low density of the Neanderthal population as well as their way of living.

While this discovery has greatly reshaped the way that we view modern human DNA, research on Neanderthals persists. Scientists hope to find even more information that will teach people about the history of Neanderthals as well as their influence on the human race.