The study of genetics, specifically gene editing, has taken monumental leaps over the past few years. One of the biggest achievements of late is the discovery and further research into CRISPR/Cas9. Being able to use CRISPR/Cas9 to edit the genome sequences of living cells far has been the efficient tool geneticists have dreamed of. However, a recent study proved that CRISPR/Cas9 is not yet able to work as the perfect antiviral mechanism. 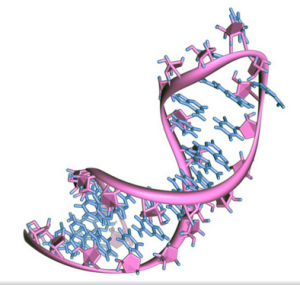 Scientists from McGill University, the University of Montreal, the Chinese Academy of Medical Sciences and Peking Union Medical College did a study where CRISPR/Cas9 was inserted to the replicative process of the HIV invested cell. After HIV enters a cell it’s RNA is converted to DNA which attaches to a cell’s pre-existing strand of DNA. This is when CRISPR/Cas9 is used, it breaks up these two DNA strands. The study found that many of the targeted viruses were killed, however the others viruses developed mutations on even just one nucleotide that made them more resistant and impossible for Cas9 to identify. In conclusion, scientists realize they may need to target more than one region of the DNA at once to effectively kill viruses like HIV.

This topic is very interesting to me because it reflects how we are on the cusp of some incredible biological achievements. I am particularly interested in this study because the effect of HIV/AIDs has devastated not only our country, but also the world, and this study seems like an important step in finding the cure that could save millions of lives. CRISPR/Cas9 seems to offer amazing possibilities, and this is one specific area that grabbed my attention. Do you think a solution to currently incurable diseases is near? Why/Why not? Let me know in the comments below.