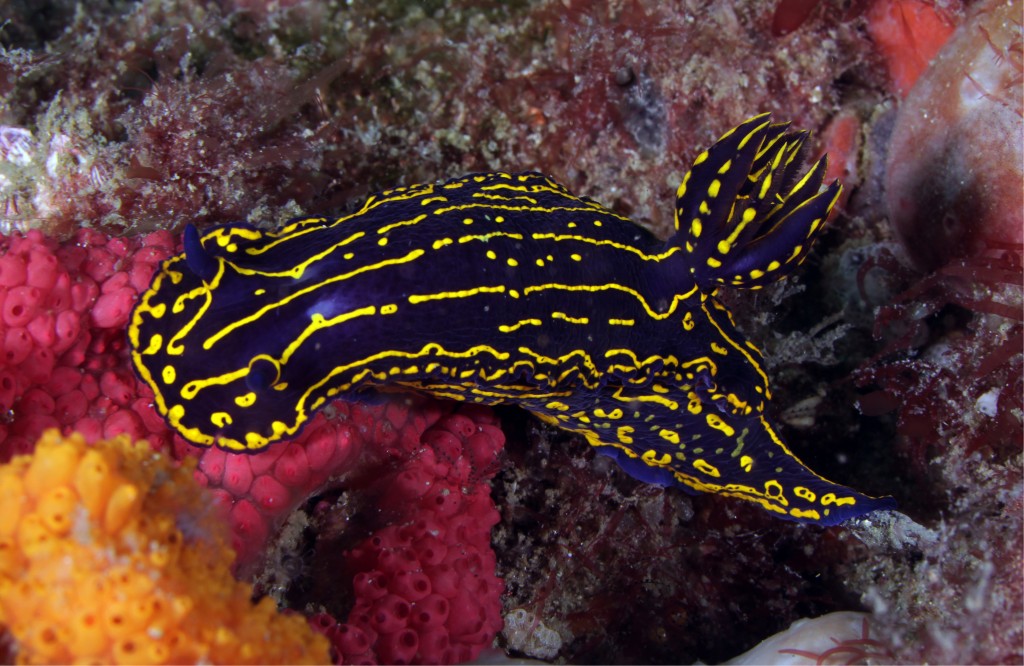 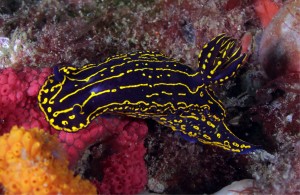 Sea hares, from the taxonomic group Aphlysiomorpha, are appropriately named based on there rabbit-like chemosensory appendages.  What makes these creatures so interesting is that they are one of nature’s most well-known hermaphrodites.  That is, they possess both male and female reproductive organs.  Despite having both of these sexual parts, sea horses still require mates in order to reproduce.  In conventional animal mating, certain male traits are developed in order to attract females.  These traits are very hard to distinguish in sea hares.  Biologist Lisa Angeloni of Colorado State University is researching the mating rituals of sea hares.  She believes that the most noticeable trait in sea hare mating is the size of the “female.”  “Male” sea hares frequently look for larger “females” to produce larger clutches of eggs.  This tendency led Angeloni to make the conclusion that as sea hares grow older and larger, they spend more time assuming the female role.  In sea hare mating, there are rare occurrences when mating chains are formed.  Mating chains occur when more than two sea hares are involved in mating.  These chains, when they do happen, most commonly include three to four sea hares but Angeloni claims to have seen a chain of five sea hares.  The coolest part about the sea hare’s mating ritual is that after a “female” is inseminated, it can choose to continue mating as a “male” inseminating a different sea hare.  It’s not everyday people here about organisms that can be both male and female.  If you want to learn about the origin of the term hermaphrodite click here.  It comes from ancient Greek mythology.