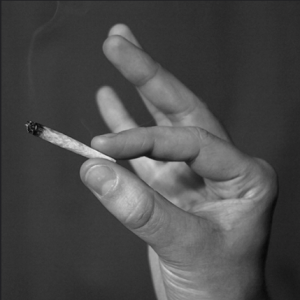 Does smoking a little “recreational” Pot now and then really cause health problems? The answer is definitively yes.  Doctor Jodi Gilman of Massachusetts General Hospital- Harvard Center for Addiction Medicine was reviewing some brain scans were she noticed something incredibly alarming.  She found when reviewing brains of 20 pot smokers ages 18 to 25 that the nucleus accumbens of the brain of marijuana smokers were notably denser than normal. Gilman along with other researchers at Harvard University and Northwestern University conducted a study on the effects of smoking marijuana(pot) on the young adult brain.  Moderate marijuana use has been proven effect for use by adults to ease nausea and pain, however in a developing young brain, use could be detrimental.  The study took 40 young adults, non-smokers and smokers ( 7 light smokers, 9 medium smokers- light up 3-5 times per week, and 4 daily smokers) brain scans who had no sign of dependency.  These scans showed that in all smoker brains showed irregularities in the structure of the brain, specifically in the nucleus accumbens.  Similar changes were also seen the amygdala which controls memory, emotional and fear responses in the brain. Gilman concluded that these structural abnormalities indicated long term effects of THC on the brain.  Another point of interest in the influence of marijuana use on the young brain, is that the potency of pot smoked now versus pot smoked year earlier has increased.  According to samples seized by the federal Drug Enforcement Agency show that the concentration of THC, the drugs psychoactive compound, the average potency of THC has risen from 3.75 % in 1995 to 13% in 2013. Some types of marijuana products sold for recreation have been noted to have up to 70% of THC.  High-THC marijuana is associated with paranoia and psychosis according to The New England Journal of Medicine.  Nora D. Volkow stated that “We have seen very,very significant increases in emergency room admissions..It can be explained by the fact that current marijuana has a higher potency.”  Alan J Budney, a researcher and professor at Dartmouth Medical School explained that the higher the potency the more addictive marijuana becomes. A study released in 2012 showed that teenages who were found to be dependant on pot before age 18 and who continued using it into adulthood lost an average of 8 I.Q. points by age 38.  These are some serious facts to consider next time you are at a party and marijuana is present. Lighting up a few times just for the fun of it might wreak havoc on your brain in years to come.

NYT- Increase of Pot Use in Teenagers

Your Potato Chips Could be Killing You