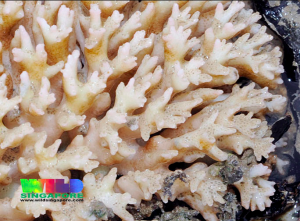 When one usually thinks of a coral reef they think of bright vibrant colors… this may not be the case anymore. A recent study has found that climate change may be depleting coral of its color. In a process called “bleaching” the color is removed from the coral when the symbiotic algae that provide nutrients to the coral either lose their  photosynthetic pigmentation and their ability to perform photosynthesis or disappear entirely from the coral’s tissue.

While this strange and disturbing phenomenon has been receiving a lot of attention, there is very little concrete knowledge about the exact molecular process that causes the bleaching. Many hypothesized that the bleaching is a result chloroplast damage due to heat stress, which results in the production of toxic, highly reactive oxygen molecules during photosynthesis, they are linking the origin of the heat stress back to climate change.

To test this theory a team of researchers from Carnegie led by Arthur Grossman and accompanied by a few other scientist from Stanford conducted a study that resulted in the surprising discovery that the bleaching occurs when the algae is not performing photosynthesis, while it is surprising the team also concluded that it could be beneficial to aid in the fight against coral decline. “This is surprising since it means that toxic oxygen molecules formed in heat-damaged chloroplasts during photosynthetic reactions during the light are likely not the major culprits that cause bleaching.” (biologynews.net)

While their initially theory was incorrect, this research has now motivated further study into the  molecular functions of coral as well as further efforts toward coral preservation.