The Danger and Abundance of Counterfeit Medications 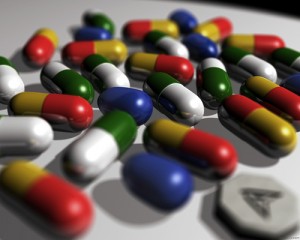 When a person makes the decision to buy medicine online, he needs to be aware of whether or not the website is Legitimate. With a large quantity of Americans buying their drugs on the internet, “estimated worldwide sales of counterfeit medicines topped $75 billion last year, up 90 percent since 2005.”  These illegal pharmacies not only take away income that would go to genuine pharmacies, but the ones that sell fake drugs (which are plenty of them), can also be putting you in real danger.

Toxins or any kinds of substances could be inside these drugs. They are not being made by people with careers in medicine, they are being made by criminals. Most of these drugs do not even contain the medicine they are labeled for, and, needless to say, the conditions these counterfeit drugs are produced in are unsanitary.  John Clark, Vice President and Chief security officer of Pfizer drug company said, “counterfeit Pfizer drugs – many from disgusting conditions like the primitive courtyard in Lima – have made their way to pharmacies and hospitals in at least 46 different countries, including England, Canada, and the United States.”

Pfitzer, an extremely large drug company with the highest income in the world, is among one of the biggest targets of drug counterfeits. In a more recently updated article, Pfizer said that Fake medicines with its name actually inscribed in the drugs have been sold in “atleast 101 countries” with numerous different types of drugs for different diseases being falsified. Similar to the pocket books sold on the streets of NYC, these drugs look good but are not real.

Even if a price looks more reasonable on the internet, it clearly may not be worth it. Make sure that the site is valid, and that it is FDA approved.Be aware if the site you order from does not require a physician’s prescription for a prescription medication, it is more than likely fake. If there is a drug you take regularly, that looks or tastes different a certain time you buy it, do not let that go unnoticed. It is important to protect yourself  from these predators and stay safe in the face of this devious danger.