Do YOU want to learn the secret to having BIG, LONG telomeres?

OF COURSE YOU DO!

Do you know what Telomeres are?

you might not know what they are, but I’m pretty sure you’re gonna want long ones,

and a few scientists lead by Eli Puterman, an assistant professor of kinesiology at the University of British Columbia in Vancouver, just made a huge breakthrough regarding telomeres.

New research done on Data collected in University of Michigan’s Health and Retirement study and reported on by TheScientist, has found that A.) accumulation of stressful events over the course of a lifetime are associated strongly with shorter telomeres later in life and B.) stressful experiences during childhood have a far greater effect on the shortening of Telomeres in adults than those that occur later in life.

First of all back up. What are Telomeres? And when it comes to Telomeres, does length really matter? 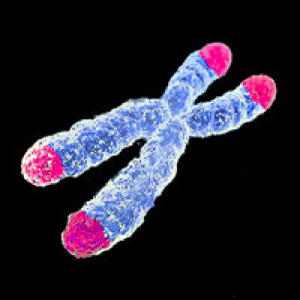 (the pinks parts are the telomeres)

And a moment of thanks, to the great man who invented aglets.

Back to your telomeres. As we know cells are constantly copying themselves, creating new cells, and every time this happens the telomeres on the end of our DNA become shorter and shorter, before eventually they fail to adequately protect the DNA, causing our cells to lose functionality, and on a larger scale, causing you to age faster. Essentially throughout our lives our telomeres get shorter and shorter, like a candle thats burning lower and lower, it’s a marker for our aging process. A constant reminder of our mortality as humans. A literal ticking clock. We’re all gonna die. Life is meaningless.

You know what’s not meaningless though… BIOLOGY! So while we can never escape the grim reality that our lives are nothing more than the blink of an eye on a fleck of dust that’s drifting through an empty abyss of nothingness, why not try to extend that blink of an eye for as long as we can, so that we can read about research findings in the world of biology! speaking of which…

In the study, a group of 4,598 Americans that had an average age of 69 were asked to identify stressful incidents that occurred in both their youth and later adulthood. They then had their telomere lengths measured from cells from saliva samples. In the study, Part of the study’s findings were that “Each additional adverse event during childhood was associated with an 11 percent-increased odd of shorter telomeres”. These results are staggering to be sure, but are not totally out of the blue. One Judith Carroll who researches the links between behavior and health at UCLA said after the study had been completed “The findings are consistent with other reports suggesting that early life is a particularly vulnerable time when the body is rapidly growing and adapting to its surroundings”.

These results were very strong, however some have taken issue with extrapolating stressful incidents to higher mortality. While it is acknowledged that the shortening of telomeres is associated with aging, some wished the study had gone a step further, and examined whether these shorter telomeres really do result in earlier death. As it is said by Iris Hovatta, a scientist at the University of Helsinki (in Finland)(a country I have never been to, so I can’t confirm whether or not it actually exists)(which is neither here nor there)(whether or not ‘there’ really does exist) “this study did not address the effect of stress on health or lifespan and whether individuals with shorter telomeres have an increased mortality” It’s a fair criticism, but as far as we know now, shortening of telomeres causes aging, and this study puts forth strong evidence of an association between stressful events over the course of a lifetime, especially during youth, and shortening of telomeres.

if you don’t want to age, avoid stressful events during your youth.

avoid stuff like forgetting when your blog post was due, then staying up until 3 in the morning to finish it.

Then again biology its pretty much all I have to live for.

give and take I guess, we all have to find a balance that works.