Why Do We Have Five Fingers?

Have you ever wondered why we have five fingers? Why not four or six? Researchers at the University of Montreal have recently made a discovery that brings us closer to answering these questions.

This summer, researchers found that the two genes, hoxa13 and hoxd13, that are responsible for the formation of fingers in humans are also responsible for the formation of fin rays, the bonny parts of a fin that resemble webbed fingers, in fish. This exciting discovery demonstrates the evolutionary link between fins and fingers. It has been established that the limbs of vertebrates have evolved from fish fins, but now we have a direct genetic link between fish fins and human fingers to prove the connection.

While this discovery filled in an important gap, there were still unanswered questions. Fossils indicate that our ancestors had more than five fingers, so how did humans evolve to only have five? 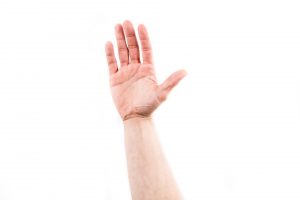 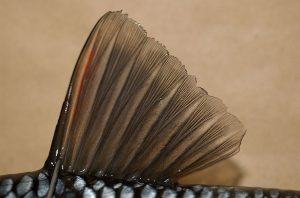 Using this new information, a research team from the University of Montreal discovered that during development, the hoxa11 and hoxa13 genes are activated together in overlapping domains in order to develop fins. Conversely, in human development, these genes are activated in separate domains, forming individual fingers. Following this discovery, the researchers performed an experiment on mice, in which they activated the hoxa11 and hoxa13 genes in overlapping domains, similar to the process that takes place in fish. As a result, the mice developed either six or seven fingers per paw, illustrating that the evolution of our hands did not occur from the acquisition of new genes, but the modification of how they are expressed.

While this discovery helps us move closer to figuring out the history and process of our evolution, it also helps us understand how mutations form. These findings further explain how malformations during fetal development occur not just from genetic mutations, but also mutations in regulatory sequences.