Can Obesity Be Cured Through Thermogenesis by Brown and Beige Fat Cells?

In an attempt to find methods for treating obesity and diabetes, researchers recently discovered a new cellular pathway that triggers thermogenesis, the process by which fat cells (called adipocytes) create heat by burning energy.

Adipose tissue, otherwise known as fat tissue, can be composed of either white adipocytes or brown adipocytes. The white tissue is primarily used for triglyceride storage while brown tissue functions to expend energy, potentially counteracting obesity. BMP7 is the protein that causes the adipogenesis (formation) of brown fat cells. It was found in a study that mice lacking the gene BMP7 did not have any brown fat and subsequently had a more difficult time losing weight. The protein BMP7 causes an increase in energy expenditure and reduction in weight gain.

In order to create energy, the human body converts carbohydrates into glucose (much like the mice described above), a type of sugar used as fuel for cells. Excess glucose is stored in the white adipocytes of muscles and the liver for later use by the body to stabilize blood sugar levels and create energy as needed. By contrast, in adipocytes, glycogen not only stores energy but also sends a signal to the uncoupling protein to “uncouple” ATP, the molecule providing energy for fueling cellular processes. This process, which is completed using Uncoupling Protein 1 (UCP1), ensures that only the adipocytes with sufficient energy to provide fuel for heat are triggered to generate heat and balance energy needed by the body.

The uncoupling protein, formally known as Uncoupling Protein 1 (UCP1), is a unique protein, located in the inner membrane of mitochondria. UCP1 is devoted to adaptive thermogenesis, a special function performed by brown adipocytes. The protein itself is located near the multi-enzymatic complex called the respiratory chain where, by reducing coenzymes, electrons are driven towards oxygen in a process called oxido-reduction. Through oxido-reduction, an electrochemical gradient of protons is generated across the inner membrane of the mitochondria.

This electrochemical gradient is normally consumed by ATP-synthase, which occurs from the phosphorylation of ADP. UCP1 simultaneously transports proteins passively, in what is known as a futile cycle. Named after its lack of perceived utility, the futile cycle was thought to be a quirk of metabolism when initially discovered. In reality, the futile cycle generates heat by dissipating energy through two separate metabolic pathways. Playing an integral role in regulating metabolism, the futile cycle maintains thermal homeostasis within brown adipocytes.

In the future, it is possible that the injection of brown fat cells into white fat cells will become a common method of inducing fat burn in individuals struggling with obesity.

Throughout my life, I’ve personally struggled to maintain an appropriate weight. It always seemed to me that even though I didn’t eat as much as others, I somehow seemed to gain weight more easily than many people who ate more than I did and yet remained skinny. This new understanding by researchers of how glycogen works in fat cells to promote fat burning and better metabolism has implications for obese people who may someday be injected with more brown fat cells to help increase their metabolism and thus decrease their weight gain. Hurray!! 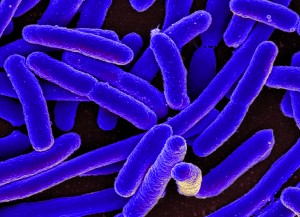