Although our country is built on the principle that “all men are created equal,” this notion has yet to be completely true in modern America or our history. The disproportionate death rate from COVID-19 in Black Americans is a telltale sign of the inequities, or injustices, in place in the healthcare industry. While it’s easy to blame these inequities on higher obesity, diabetes, or hypertension rates in Black Americans, there is more to it than that.

These inequities are also very prevalent in prostate cancer mortality, as the numbers are far higher in Black men than white. This results from a multitude of factors, including that they “generally get fewer PSA screenings, are more likely to be diagnosed with later stage cancer, are less likely to have health insurance, have less access to high-quality care,” or perhaps even other factors, according to Daniel Spratt, M.D. These are all indications of structural inequality, a system of unfairness created by institutions, in our country, not just circumstantial or individual biases. 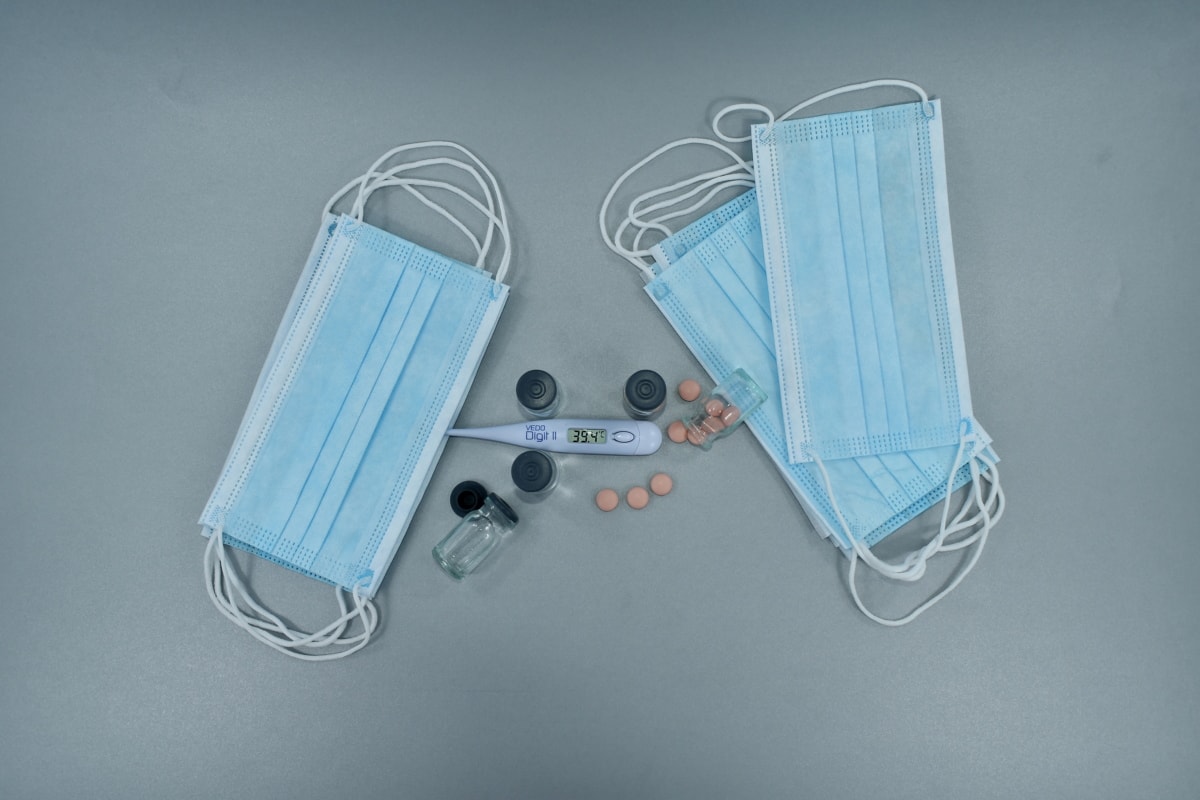 Black and minority patients are likely to feel more comfortable with minority doctors, but unfortunately this isn’t always possible. For obvious reasons, this reduces implicit bias from the physicians. Aside from a harder time getting proper care, minorities also suffer from an unequal amount of expenses. According to a UMichigan team, “the last six months of life is $7,100 more expensive to the Medicare system for Black people, and $6,100 more expensive for Hispanics, compared with white people,” although more research must be done to determine exactly why this is. One of the root causes for these trends could be lack of nutrition. Even before the pandemic, many minority adults and children didn’t have access to nutritious foods, which plays a major role in health status. This also continues to be perpetuated by institutional racism and the vicious cycle of poverty in America. Unfortunately, many situations only worsened with the emergence of COVID-19. This is a very pressing issue that must be addressed sooner rather than later, in order to ensure the safety of many adults and children.

As we have learned in bio class, the use of masks to prevent the spread of COVID-19 is absolutely essential. Especially in urban or tightly packed communities, where COVID-19 can easily spread from person to person, masks are needed more than ever. Additionally, these communities often have high amounts of minorities, worsening their odds of becoming seriously ill. Fortunately, with the development of safe and effective vaccines, there is finally a light at the end of the tunnel. Minority communities desperately need vaccines in order to prevent any more lives lost, and luckily distribution is gradually picking up. Although this has been a tragic year, I hope America will learn from this situation, becoming more prepared for future unpredictable scenarios and fixing the inequities prevalent in our country.

How Could the Coronavirus Pandemic Harm the Environment?

In light of the chaos of the coronavirus pandemic, the worldwide pandemic caused by SARS-CoV-2, and all of its negative effects, people have been searching for some silver lining to the whole mess. I am someone who is passionate about saving the environment, and I was thrilled to hear about positive environmental outcomes that the pandemic caused. Unfortunately, while rumors have circled around that the environment has benefitted from quarantine, experts are now saying the opposite could soon be true. It is hard to tell what the future will hold, but signs point to a risk of a future with more traffic, pollution, and resulting climate change. 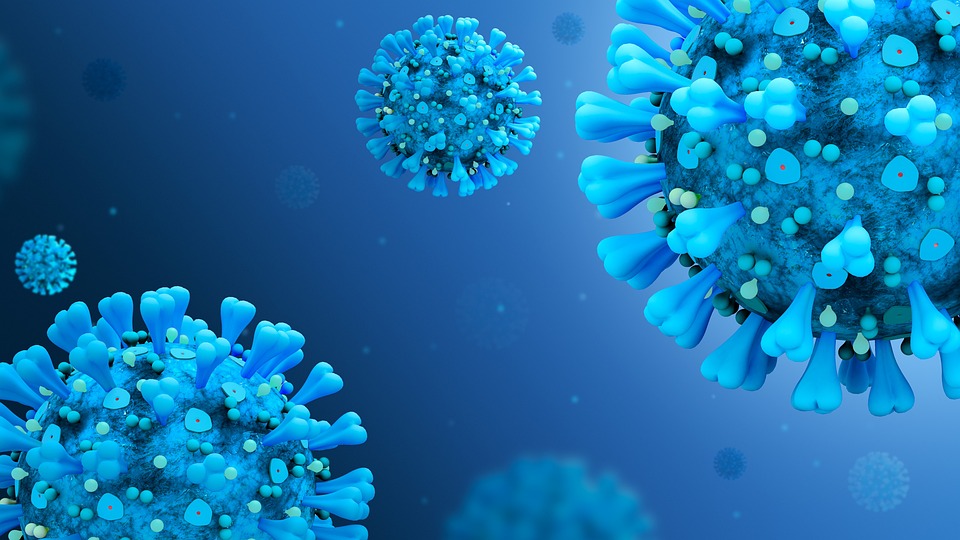 During April, the prime of stay-at-home orders and when most people were on full lockdown, daily global carbon emissions were down 17% from 2019. However, by June they were only down about 5% from 2019, and at this point many people were still not going about daily life like “normal.” Corinne Le Quéré, professor of climate change at the University of East Anglia in Britain says that “as soon as the restrictions are released, we go right back to where we were.” A somewhat similar situation during the 2007-2008 financial crisis provides some insight into the future. At the time, emissions dropped, but later rose right back up.

China exhibits an example of a quickly diminished hope of change in their air quality. As they were the first country to shut down, they had a dramatic shift in air quality due to slowed manufacturing and transportation. However, they were also one of the first countries to begin reopening, and this change did not last long. Factories pushed to make up for lost time and the pollution consequently returned, even growing to higher levels than before the pandemic in certain places. Traffic levels have also apparently bounced back to the same magnitude as before the pandemic, despite the fact that there are still people who have not yet returned to regular life and are unaccounted for in this statistic. Furthermore, industries in fossil fuels, plastics, airlines, automobiles, etc. have been negatively impacted by the virus and now are searching for any way they can to make a profit. Governments including the US have complied with their pleas for cash, regulatory rollbacks, and other “special favors.” As a result, “there’s a serious risk that polluters could emerge from this crisis bolder and potentially more profitable than ever,” says Lukas Ross, a senior policy analyst at Friends of the Earth.

Another devastating example of negative environmental impacts can be seen in Brazil’s Amazon rainforest. During the pandemic illegal loggers, people who harvest, transport, process, buy, or sell timber in violation of national or subnational laws, took advantage of the “smokescreen” provided by the pandemic and caused destruction in the rainforest that surpassed amounts in previous years. According to satellite data, 64% more land was cleared in April 2020 than in April 2019, despite 2019 being a record year for deforestation for the past decade. This is significant because the Amazon rainforest plays a vital role in regulating the world’s oxygen and carbon cycles, producing roughly six percent of the world’s oxygen. As we know from biology class, oxygen is essential as it is one of the main building blocks of life. Our cells need oxygen to produce various proteins, and ultimately more cells. Oxygen is also crucial in many of our body systems. Without oxygen, the creation of carbohydrates, nucleic acids, and lipids would be impossible. The Amazon, which produces a significant amount of oxygen, is being destroyed more and more every year. The rainforest is also considered a carbon sink, meaning it absorbs large amounts of carbon dioxide from the atmosphere, lowering CO2 concentrations. Its function as a carbon sink helps combat CO2 levels in the atmosphere and climate change.

It is unknown what else is in store for the environment in the remainder of the pandemic and in coming years, but we can only hope for the best.

I’ve always been so curious about life beyond Earth. Scientists recently discovered that there are as many as 24 planets outside of our solar system more suitable for life than Earth. They found that these planets surpass Earth in several categories, including age, warmth, wetness, and size. These factors qualify the planets to be “superhabitable” and to have optimal potential for complex extraterrestrial life.

When searching for a habitable planet, one of the most important factors to take into consideration is temperature, which goes hand-in-hand with distance from their star. Scientists have discovered several planets at extreme temperatures, including planet KELT-9b, which is so hot that its atmosphere is constantly melting or GJ 433 d, whose discoverers described it as “the coldest Neptune-like planet ever discovered”. While both of these planets are on opposite sides of the inhospitable spectrum, there are several other planets within their star’s “habitable zone”, which are not too hot or too cold for life as we know it to flourish. 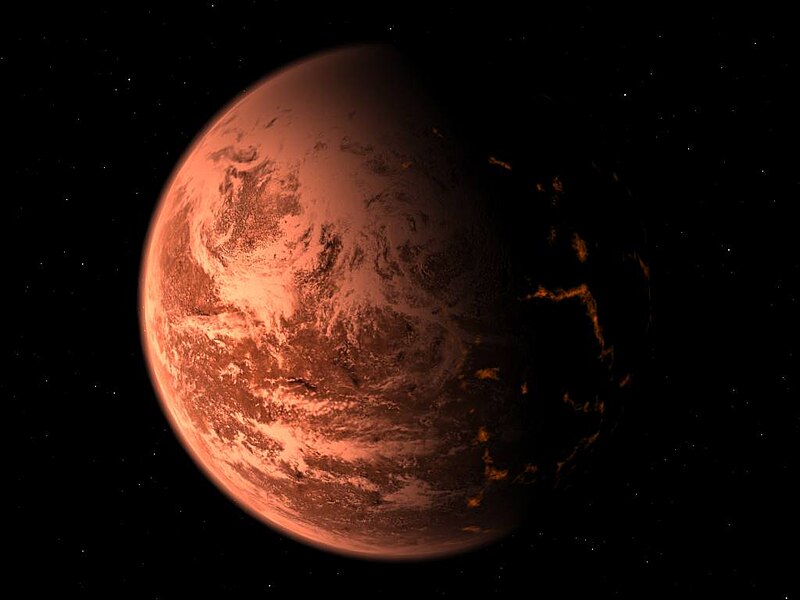 An Exoplanet Depicted by an Artist

Scientists have discovered over 4000 exoplanets, or planets outside our solar system so far. The main qualities researchers aim to identify in exoplanets in order to classify them as “superhabitable” include a nearby star of the right star and life span, as it took 3.5 billion years for complex life to form on Earth, and size of the planet. A larger size means more surface area for habitats, higher gravity, and a thicker atmosphere, which is beneficial for flight based organisms. Planets with these qualities in addition to being slightly warmer and wetter would be even more habitable than Earth. A larger or closer moon than Earth’s would also be considered “better”, because of benefits such as helping to stabilize its orbit and preventing life-disrupting wobbles. Taking all of these factors into consideration, the researchers came up with a list of the most ideal parameters for the perfect superhabitable planet. This planet “would be in orbit around a K dwarf star, which is a relatively small star star that’s slightly cooler than our sun […]; about 5 billion to 8 billion years old; about 10% larger than Earth; about 9 F  warmer than Earth, on average; moist with an atmosphere that is 25% to 30% oxygen, with scattered land and water. [It] would also have plate tectonics or a similar geological process in order to recycle minerals and nutrients through the crust and to create diverse habitats and topography, and would have a moon between 1% and 10% of its size orbiting it at a moderate distance” (livescience.com) As we know from biology, an oxygen rich atmosphere is essential as oxygen is one of the most important building blocks of life. Our cells need oxygen to produce various proteins which in turn produce more cells. Oxygen is also vital in many of our body systems and needed for the creation of carbohydrates, nucleic acids, and lipids. Other animals and plants also require large amounts of oxygen to survive.

Out of the 24 Kepler Objects of Interest, which are unconfirmed indications of  transiting planets, spotted by the Kepler telescope, two have been confirmed as exoplanets, (Kepler 1126 b and Kepler-69c), nine are orbiting around the proper type of star, 16 are within the correct age range, and five fall into the right temperature range. KOI 5715.01 was the only candidate of the 24 that fell into the correct range for each of the three categories, but the planet’s true surface temperature is unable to be determined right now because it depends on the strength of the greenhouse effect in its atmosphere. Additionally, as all of these planets are more than 100 light-years away, many of them can’t be studied properly due to lack of technology.

I personally believe that we are on the brink of making seriously ground-breaking discoveries regarding extraterrestrial life. Technology is advancing every year, and in turn we make more discoveries each year about the enigma of space. Hopefully soon we will find out if some of these planets really do have life inhabiting them.