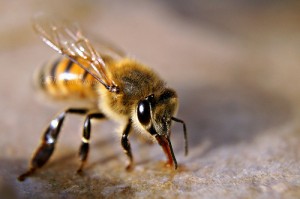 Researchers recently discovered that honeybees get a memory boost from caffeine, both short-term and long-term. In their study, honeybees that consumed a solution with sugar and caffeine were three times more likely to remember a flower’s scent than honeybees that consumed a solution with just sugar. Three times as many bees that drank the first solution remembered the scent a day later and twice as many bees remembered the scent after three days.

This connection does not just help bees with their “foraging prowess” but also benefits plants that contain caffeinated nectar. According to lead researcher Dr Geraldine Wright, bees that drink the caffeine-laced nectar will carry the coffee pollen to other plants, leading to greater pollination.

Researchers found that the nectar of coffee and citrus plants contains low levels of caffeine. Caffeine generally acts as a defense mechanism in plants with its bitter and unappealing taste, so the presence of caffeine in the nectar surprised Phil Stevenson of the Royal Botanic Gardens. However, the nectar of these plants contained just enough caffeine to affect bee behavior, and not enough to give a bitter taste.

So what does this correlation between caffeine and bees have to do with us?This project was funded by the Insect Pollinators Initiative, as populations of bees have been declining. Understanding  the preferences of bees could provide clues to reinvigorating the species, protecting the balance of our natural ecosystems and agriculture.

The study will also allow scientists further comprehension into how caffeine affects the brain. Although honeybee brains and human brains clearly differ, at the cellular and genetic level, they function similarly. Thus, Dr. Julie Mustard of Arizona State University concludes, “we can use the honeybee to investigate how caffeine affects our own brains and behaviors.” Perhaps their study can explain why many people drink coffee while studying. What do you think? 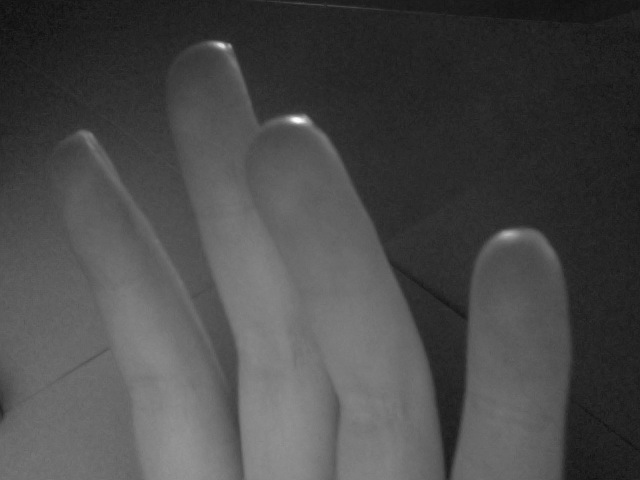 The Purpose of Pruney Fingers 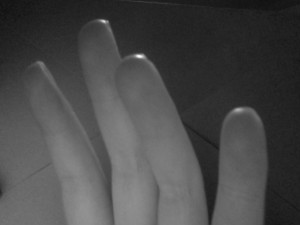 After spending a lengthy period in water, you may notice a particular phenomenon occur – wrinkled fingers and toes! A common misconception is that pruney digits are caused by water soaking into our skin, presumably by osmosis. In reality, furrowing in our fingers is caused by constricting blood vessels by the nervous system. But what could be the evolutionary purpose?

One hypothesis in 2011 was that that grooves in wet fingers would allow humans to grip surfaces more easily. Newcastle University researchers in England tested this theory, recording the time it took for subjects to move objects with dry fingers and with wet fingers. Every subject moved objects faster with wet fingers, suggesting that furrowed fingers can better handle moist items – an evolutionary advantage.

However, the study has not revealed how furrows improve grip. Neurobiologist Changizi from Idaho states that there may be other factors for improved grip, such as stickiness or oils. Scientists posit that the furrows may cause friction or increase flexibility. They also put forward a possible disadvantage of having pruney skin: grooves may decrease sensitivity or get caught on things. Further research to come!

What do you think about these theories?

Spice: a mustard plant’s version of Off!

Have you seen me recently?

According to a recent study, the spicy flavor in mustard may be a evolutionary technique of certain wild mustard plants to repel pests.

Scientists investigated two genotypes from the same mustard plant species (Boechera stricta) in the Rocky Mountain, one from Montana and one from Colorado. The two types of mustard plant had unique spices due to “regionally distinct chemical compositions” (Daisy Yuhas, Scientific American). The mustard plants were specifically selected because their habitats had not changed much over thousands of years, allowing researchers to consider both genetic variation and existing environmental factors.

The researchers were able to pinpoint the chemical compounds that caused the differing spicy taste of the two plants. The gene BCMA encodes for an enzyme’s activity. Variations in the gene would produce either the spice of the Montana mustard or the Colorado mustard.

The scientists then planted the two mustard genotypes  in both locations, observing the plant death rate and the way local insect populations reacted. The results?

In the Montana site, the local plants repelled insects and thrived as usual in their natural environment. However, the plants imported from Colorado were not so lucky; they were attacked by insects and had a hard time surviving. These results suggest that the Montana mustard plants possess a spice tailored to deterring pests. It is likely that a mutation in the BCMA gene, and consequently the distinct spice, was so successful in survival for a certain group of plants, that through natural selection the mutation became common in the Montana mustard plant population.

On the other hand, in Colorado, insects ate both the local plants and the imported Montana plants. Possible reasons for this indiscriminate behavior of the insects include a higher spice tolerance among Colorado insects and a more competitive environment in Colorado due to a larger population of insects struggling to find food.

Conducting an additional field experiment, the scientists engineered a close relative of the Boechera stricta species, the Arabidopsis, to express the BCMA genes of the Colorado and Montana mustard plants.  They found that while the spicy compounds deterred some pests, bacteria, and viruses, they increased “susceptibility to others” (Yuhas).

The research of these scientists has provided evidence of natural selection influencing a species’ variation over time.

Now there is something to think about the next time you stare down at your mustard-covered hot dog!

According to a recent study, an amino acid deficiency may be to blame for a rare form of hereditary autism. As stated in the Nature magazine article, genome sequencing in six children with Middle Eastern backgrounds uncovered “mutations in a gene that stops several essential amino acids being depleted” (Callaway). These mutations inactivate the enzyme BCKD-kinase. As we discussed in class, an enzyme increases the rate of a chemical reaction. However, why the lack of this enzyme would cause autism is still unknown.

Joseph Gleeson, a child neurologist who headed the study, suggests that low levels of branched amino acids to the brain, high levels of larger amino acids , or both might be behind autism symptoms.

Mice who also lacked BCKD-kinase exhibited tremors and epileptic seizures common to autism. However, when given dietary supplements of the branched amino acids, the chemical imbalance was treated and their symptoms disappeared.

Supplements given to the autistic children normalized their blood levels of amino acids. The patients’ conditions did not worsen, however, there was no real evidence that symptoms were reduced. Consequently, Gleeson hopes to conduct a clinical trial testing the effectiveness of dietary supplements in mitigating symptoms of autism and further identify children with the gene mutations for BCKD-kinase.

Matthew Anderson states that Gleeson’s study will “encourage other researchers to explore metabolic pathways as causes of autism.”

The amino acid deficiency may only compose a small percentage of all autism cases, but this is still a large step. The results of further study may present us with the “first treatable form of autism” (Gleeson).