A new enzyme named xCas9 allows researchers to target more sites in the genome than with traditional CRISPR-Cas9 editing, while also reducing off-target effects. The technique was reported earlier this year (February 28) by a biologist David Liu and his colleagues.

CRISPR-Cas9 has become the gene-editing tool of choice in many labs due to the effectiveness and convenience. But CRISPR-Cas9 has limitations like the necessity of targeting a particular sequence called a PAM near the gene to be modified, which limits researchers’ ability to make specific genetic changes. 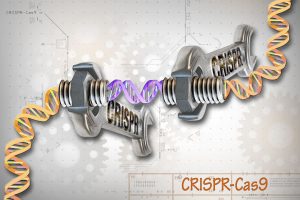 “Relief from the PAM restriction is quite important,” Albert Jeltsch of the University of Stuttgart in Germany. “Some of these elements are quite small, and then the restriction can be quite relevant.”

Liu and his colleagues used a laboratory technique to evolve an enzyme that could recognize a broader range of PAM sequences, enabling more sites in the genome to be targeted. It just so happens that xCas9 also turned out to be more specific to the targeted sites, with fewer off-target effects. xCas9 will allow gene therapy to have higher success rates.

A new study demonstrates that a gene therapy approach can lead to long-term survival of functional beta cells as well as normal blood glucose levels for extended periods of time in mice with type 1 diabetes. Researchers used an adeno-associated viral (AAV) vector to deliver to the mouse pancreas two proteins, Pdx1 and MafA, which reprogrammed the alpha cells into functional, insulin-producing beta cells.

Beta-cell replacement therapy is likely to fail because adding new cells will fall victim to the same autoimmunity that destroyed the original cells. The solution is to reprogram other cell types to functional beta-like cells, which can produce insulin but are distinct from beta cells and therefore are not attacked by the immune system.

Researchers Gittes and first author Xiangwei Xiao of the University of Pittsburgh School of Medicine engineered an AAV vector to deliver proteins called Pdx1 and MafA, which support beta cell maturation, proliferation, and function, to the mouse pancreas. The reason why they picked alpha cells to reprogram is because they are plentiful, resemble beta cells, and are in the correct location, all of these factors facilitate reprogramming of cells.

Unfortunately, the mice did eventually return to the diabetic state, suggesting that it would not cure the disease. But viral vectors can be delivered directly to the human pancreas through a routinely performed non-surgical endoscopic procedure; however, this procedure can elicit pancreatic inflammation. Also, the longevity of the treatment is unknown considering that some studies suggest that processes in mice are highly accelerated. Therefore, four months could translate to several years for humans according to Gittes. 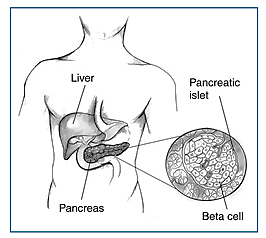 Currently, researchers are testing the therapy on non-human primates. If they are able to produce intended results, researchers will begin work with the FDA to get approval for use of this viral gene therapy for diabetic, type 1 and 2, patients. This could be the breakthrough that leads to the cure for diabetes! 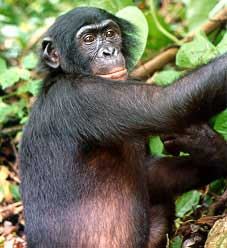 Scientists have discovered new sponges living in the Clarion Clipperton Zone (C.C.Z.), a specific area in the Pacific Ocean, 13,000 feet below the sea level! These sponges live on rock nodules that are targeted for deep-sea mining.

Plenaster craigi is the name of these new tiny sponges partly because of the abundant amount of stars that make up their backbones. Scientists Dr. Lim, a sponge taxonomist from the National University of Singapore, and a research team led by Adrian Glover characterized and classified the sponges based on both their appearance and genetics. Dr. Glover says, “They’re living in a very food-limited environment…It’s quite remarkable that they can survive.” What makes these guys fascinating, despite the conditions they are living in, is not only are they a new species, but also a new genus. This is similar to discovering not just dogs also a group that contains wolves, coyotes, and jackals.

Why is this important you ask? Dr. Smith says, “This is one of the most abundant animals found living on the nodules and we didn’t even know it existed.” In the past 40 years, over hundreds of scientific expeditions have visited the C.C.Z. where nodules lie half-buried on the seafloor, and we have just found them! The abundance makes it important because “Every animal you collect from the seafloor seems to be a different species,” says Dr. Vanreusel, a marine biologist at Ghent University in Belgium.

The International Seabed Authority has allocated 15 areas for exploration in the C.C.Z. to several mining companies affiliated with nations that include China, Japan, and Singapore. Thankfully, none of these licenses have been granted for actual mining yet. The Plenaster craigi grow on the nodules and are vulnerable if mining for nodules commences. The International Seabed Authority has already reserved wide swaths of the seafloor for protection, but you cannot protect the living marine life on the seafloor if you do not know what animals live down there. 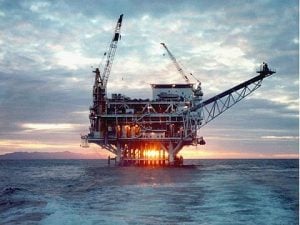 Another more pressing issue is the huge sediment plumes that mining activities will generate, says Dr. Vanreusel. Plenaster craigi could be useful as an indicator species because of its abundance. This sponge will clearly be disturbed from the plumes and abundant enough to count, and therefore Plenaster craigi could help researchers figure the effects of deep-sea mining and maybe the possibilities for recovery.

In conclusion, researchers are racing against mining companies to study life on the seafloor, but lack the number of scientists with the expertise to characterize and classify new species. Since for three years, the research group has been calling them sponge species A.