Did you ever think you were harming your health while going through your morning routine? Applying deodorant is a daily practice of many people around the world. However, we often don’t realize what exactly we are applying to our bodies and what chemicals the products we are using are made up of. When was the last time you checked the label to see if there were any potentially harmful elements in something as basic as deodorant? Not often, I presume. But I think we all need to start! 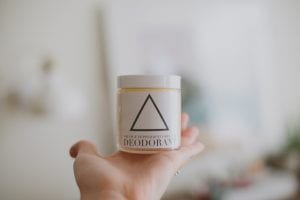 The article from Penn Medicine explores the effects the deodorant can have. Deodorant’s contain chemicals which can be absorbed into the body from applying it onto the skin. The theory people have formed about deodorant is that the toxins from the deodorant will collect in the lymph nodes that will turn healthy cells into cancer cells, especially breast cancer as it located closest to the armpit where the deodorant is applied. The difference between a cancer cell and a healthy cell a cancerous cells is a mutation of its DNA (contains the genetic code for organisms). Nucleic acids are DNA. Nucleic acids consist of nucleotides that are made up of a five carbon sugar, a phosphate group and a nitrogenous base. The mutation of the DNA causes uncontrolled cellular proliferation which can occur due to mutations in genes that control cell death and regular cell growth. Healthy cells carry out their ‘normal’ specialized functions. However, the American Cancer Society has said that there is not enough scientific evidence to back the theory. Aluminum is a big ingredient in deodorant needed to prevent sweating. Our bodies ability to sweat is controlled by our nervous system. But how does deodorant really accomplish what it is supposed to? Essentially, the salts in the aluminum have to break down in order to prevent sweat on the pores. The National Center for Biotechnology information claimed that breast tissue does, indeed, have an increase of aluminum in them with daily use of deodorant.

Harmful Effects of Aluminum on Kidney’s 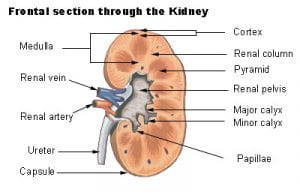 Diagram of a kidney

Other Harmful Chemicals Used In Deodorant

Parabens is another ingredient used in deodorant to prevent bacteria from growing on the deodorant, basically being used as a preservative. Parabens also get absorbed through the skin and function as estrogen. Why exactly are parabens bad for us? A excess of estrogen throughout a lifetime, however, can result in increase breast cancer or even a tumor. The positive is that it is in too little of an amount to really make a difference in our bodies. 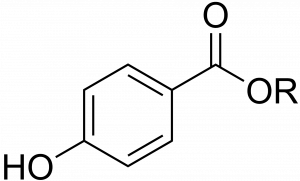