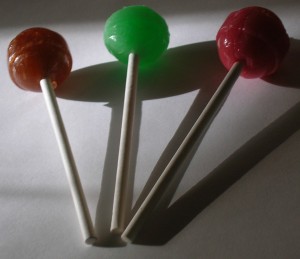 A study from a few years ago created a theory called The Energy Model of Self Control. This stated that willpower lessens as your brain lacks sugars, that it previously used for provious exertions. Basically, once you perform a task that requires motivation, you will have a harder time completing the following task that requires motivation, because you have used up the sugars that allow you motivate yourself.

Daniel Molden, a scientist from Nothwestern University, was skeptical of such claims. He recently recreated the study and used more technologically advanced machines, to measure the results. What he found was that the claim that once you perform a task that requires willpower, you will have a harder time to perform the following task that demands that same. He then challenged that “acts of self-control lower blood glucose levels.” After performing a self motivated task, volunteers rinse with either a sugar-water solution or an artificial sugar-water solution. In the previous research, subjects had to eat or drink sugar, to experience the effects. The results showed that participants that rinsed with the real sugar-water solution were able to motivate themselves for the next task, whereas volunteers that rinsed with what tasted like a sugar-water solution, but actually contained no sugar, were not able to self-motivate themselves. The results also showed that the sugar didn’t need to be metabolized, as the results were immediate. Molden and partners have concluded that the mouth can register the presence of carbohydrates in the solution and then signals the brain that energy is coming. The dopamine system motivates the brain to work harder. “In short, the sugar motivates — rather than fuels — willpower.”  These scientists have decided that self-control is a lack of motivation, and can be restored with a simple sugar rinse.

Different things motivate different people, some people just need a goal and they’ll do whatever it takes to reach it. I myself am very bad at motivating myself todo work and have no self-control to see to it that I complete what needs to be done. For a person like me, this is very interesting, and something I will definitely try in the future! Will you try rinsing your mouth with sugar and water to keep yourself motivated? 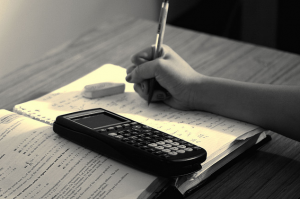 Do you have willpower? Are you able to resist the temptation of a cookie while on a diet, or checking your facebook while you should be doing homework?

The theory that has been misleading people is that willpower is connected to a person’s biological makeup, and that the reason they don’t have the willpower to walk away from temptation is purely because of biology. Unfortunately, that’s not the case, and the only thing that has the power to override your willpower, is you.

In a recent study, psychologist Veronika Job proved that willpower and self-control are actually related to working hard and exercising certain parts of your brain. “When you work hard, you’re energized to work more; that when you’ve resisted one temptation, you can better resist the next one – then people successfully exert more willpower” (Job). Job took two groups of people, giving one group a simple task that required no self-control (crossing off every e in a typed text), and the other group a task that required little self-control (crossing off some e’s according to complex rules). After these two tests, the groups were required to perform a tricky cognitive test that involved a lot of self-control to avoid making mistakes. The first group performed well, believing that their “supply” of willpower had not been used up yet, while the second group felt that theirs had depleted, and performed poorly, except for a few people that felt willpower is not limited and performed well.

This study shows that anyone can believe that willpower is unlimited, and if some people can believe it, and prove it, then why shouldn’t you?

In another study, Job followed 153 college students, taking note of them over 5 weeks (including finals week). During stressful times, the students who believed in unlimited willpower ate less junk food, procrastinated less, and earned better grades than their “pessimistic” friends.

The sign that people generally look for to tell that their willpower has been limited is fatigue. If people begin to feel tired, they start to slack off because they believe their “battery” has just run out and they need to wait for it to “charge”. People who believe in unlimited willpower simply dig deeper to better recourses, refusing to give up.

So the next time you have a test coming up, and you start to slack off, think of what kind of person that makes you. Are you the type of person who can be so easily defeated by fatigue? Or are you the type that refuses to give up until the task at hand is done? Because only you have the power to make that choice!