Venus, commonly referred to as the volcanic planet, also known as Earth’s sister planet, is the second closest planet to the sun. The planet’s surface is currently known to be the hottest in the solar system due to its dense atmosphere which traps in an immense amount of heat. This characteristic of Venus is actually very similar to how Earth’s greenhouse effect traps in warm air, keeping our planet warm; however, Earth also has oceans that cool the atmosphere, thus allowing for life to flourish.  Recently, research has been conducted to get to the bottom of whether or not Venus has actually ever had oceans. 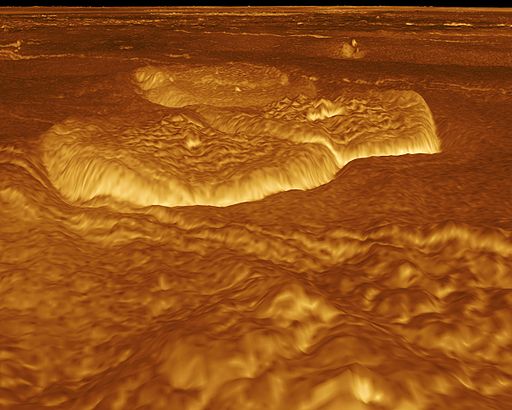 From a distance, Earth and Venus are strikingly similar: both around the same size, with a rocky surface and an atmosphere. As mentioned previously, Venus’ atmosphere traps in far more heat than Earth’s. In addition to having a very thick CO2 atmosphere, Venus also has sulphuric acid clouds which Earth does not. Life simply cannot exist on Venus due to the intense atmospheric pressure and the extreme temperatures created by the trapped heat. An article by Charles Q. Choi and Chelsea Gohd entitled “Venus: The hot, hellish & volcanic planet” gives more information about the nature of Venus’s surface. Choi and Gohd stated that Venus has the heaviest atmosphere out of all the planets in the solar system which causes its pressure to be about 90 times that on Earth. They mentioned a similar study also exploring the possibility of oceans on Venus. It concludes that the ultraviolet radiation, from the sun, as it grew closer, caused the water vapor molecules in the atmosphere to split apart, thus allowing for the hydrogen molecules to escape into space. This was the cause of the build-up of CO2 in the atmosphere that then lead to the current-day conditions of the planet. Unlike Earth, Venus has very strong winds and is primarily a dry desert land with many active volcanoes. Contrastingly, Earth’s surface is 70% water and is covered with dirt and plants. We can understand the similarities between Earth and Venus when we dig underneath all that dirt and ocean. Earth happens to have the same rocky surface that Venus has that came from cooled lava billions of years ago. To learn more about Earth’s surface, click here. 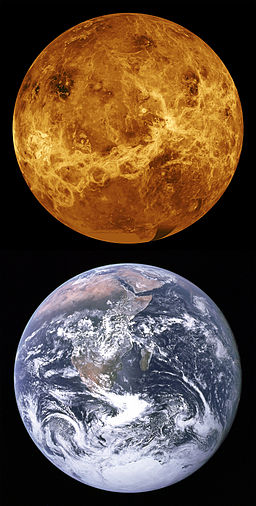 Theories have formed that Venus was once a far more inviting planet with potential for life. The National Centre of Competence in Research (NCCR) PlanetS and the University of Geneva (UNIGE), leading a team of astrophysicists, thoroughly explored whether Venus could have actually experienced milder days. Unfortunately, according to the results of the study posted in the journal Nature, this was not the case. Martin Turbet and his team of astrophysicists used the tools available on Earth to come to a conclusion.  They created a three-dimensional simulation of both Earth and Venus in their early stages when their surfaces were still molten and any present-day water would have been vaporized. They used the simulation to then evaluate how the evolution of the plants would play out. By examining how the atmospheres evolved, they can determine whether or not it was possible for oceans to have formed in the process. Marcus Turbet concluded that “Thanks to our simulations, we were able to show that the climatic conditions did not allow water vapour to condense in the atmosphere of Venus.” Due to the level of heat in the planet’s atmosphere, the water vapor was never able to cool to the point where it would form water droplets and fall to the surface; therefore; it remained in the gaseous state and never formed oceans.

As we learned in AP Biology this year, water (H2O) plays a huge role in life on Earth and it makes sense that other planets, such as Venus, that lack liquid water, would not be able to support life. We discussed that one of water’s main properties moderating temperature. Due to water’s unusually high specific heat,  its temperature changes less when it loses or absorbs a certain amount of heat. Life can exist on Earth because Earth’s oceans are able to moderate and control any temperature fluctuations that happen on land to keep the atmosphere in ideal condition for life. Water also has a high heat of vaporization which, again, aids life on Earth. Oceans absorb heat, and as some water evaporates, it condenses and then falls back to Earth in the form of rain, thus cooling the surface. On a much smaller scale, this can be related to how humans sweat (sweat representing the oceans and humans representing a planet). I run a lot, which means that I also sweat a lot, especially in the summertime when the temperature starts to rise. The sweat being 99% water means that it offers the same cooling effects that pure water does. The liquid on the surface of my skin allows my body temperature to be lowered so I can still feel cool enough to continue on my run. Hopefully, this aids our understanding of how oceans could never have existed on Venus because the water vapor was unable to become cool enough to transform into its liquid state and moderate the temperature of the planet. Venus’s surface is left to be rocky and full of volcanoes while Earth’s surface is able to support an immense amount of life.

In an article published on September 19th, 2020, Dennis Overbye speaks on a new discovery that has sparked conversation for the possibility of life on the planet venus. On September 14th, scientists announced the discovery of Phosphine gas on Venus. The significance of this discovery is that scientists don’t know what could potentially produce the gas except for microbes. According to the National Center for Biotechnological Information(NCBI), “Microbes are tiny living things that are found all around us and are too small to be seen by the naked eye. They live in water, soil, and in the air.” Overbye states that “on earth, anyway, the only natural source of phosphine is microbes; the gas is often associated with feces.” He quickly counters this by acknowledging that there is a large possibility that scientists don’t know everything about Phosphine gas. 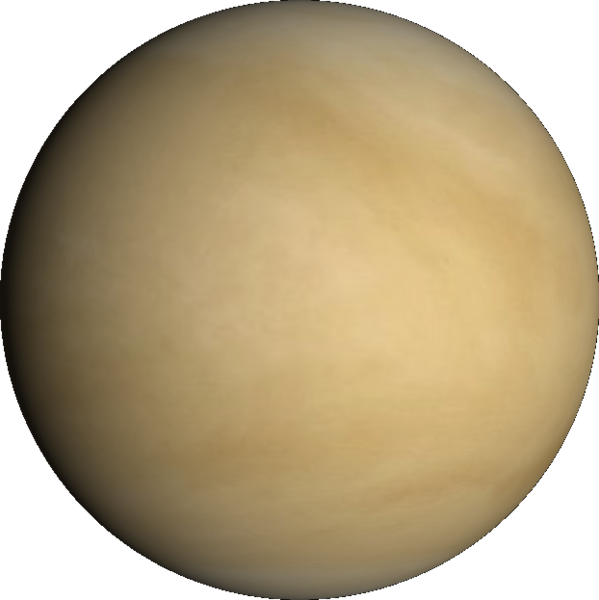 Microbes, which are both eukaryotes and prokaryotes(or neither), consist of archaea, bacteria, fungi, viruses, protists, and other microscopic animals. Eukaryotes are cells that simply consist of DNA within a nucleus while prokaryotes are unicellular organisms that don’t consist of a nucleus nor organelles. As learned throughout the year, the difference in complexity and functions of eukaryotic and prokaryotic organisms widen the array of the potential situation in Venus. If both prokaryotes and eukaryotes can survive in the atmosphere of Venus, the potential answer to what enables this grows. Also, due to the microscopic nature of microbes, also known as microorganisms, it would be very hard to infer whether they are or aren’t present on Venus.

As the article continues, Overbye continues to speak on what was previously known about the planet. He references information from “Carl Sagan, then a doctoral student at the University of Chicago” who “provided an accurate explanation for Venus’s torrid temperature, in his 1960 Ph.D. thesis. The planet’s crushing carbon dioxide atmosphere had created a runaway greenhouse effect, he concluded. Venus was a lifeless desert, at least on the ground.”

With this, Sagan and Harold Morowitz, a biochemist at Yale, pointed out, in 1967, how the clouds of Venus seemed more suitable for life. ““If small amounts of minerals are stirred up to the clouds from the surface, it is by no means difficult to imagine an indigenous biology in the clouds of Venus,” they wrote in a paper in Nature.” These claims, which were not very popular, have become very relevant again due to new findings and open up many possibilities.

All in all, the search for life on other planets is very much up and running. Will we find it soon?