Researchers from the University of California, Los Angeles recently discovered a linkage between the memory of middle to older aged adults and their sedentary behaviors, actions that require little energy like sitting or lying down.

They concluded that long periods of sitting, like at a desk chair, affects the specific region of the brain that is involved in creating new memories, the medial temporal lobe. The UCLA researchers closely studied 35 people ages 45 to 75 years old, documenting their physical activity for two weeks prior to and during the study.  After the three months of research, they used a high resolution MRI scan and quickly noticed similarities between the thickness of each adult’s medial temporal lobe who spent on average the same amount of hours sitting everyday. The more hours spent sitting, regardless of any physical activity, the more thin the medial temporal lobe. “The participants reported that they spent from 3 to 7 hours, on average, sitting per day. With every hour of sitting each day, there was an observed decrease in brain thickness, according to the study. ” 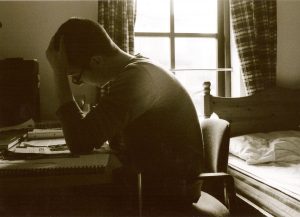 Even though the findings of this study are preliminary, it suggests that “reducing sedentary behavior may be a possible target for interventions designed to improve brain health in people at risk for Alzheimer’s disease.” Becoming more active is always a great thing, but becoming conscious of how much time you spend being inactive and working to decrease that, could help you out more than you think. There is still more research to be done on this matter but this is a step in the right direction for improving life for those with memory related diseases and improving overall brain health.

To read more check out the full article here! 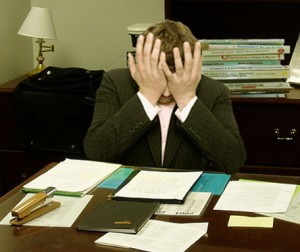