The spread of the SARS-CoV-2 virus, the virus that causes Covid-19, which is more notoriously known as the coronavirus, has been deemed by some to be one of the worst pandemics ever seen. With over 13.5 million cases and over 200 thousand deaths, the pandemic has taken the world by storm. In an article, Jop de Vrieze speaks on a topic that is of concern in regards to the subsiding of this virus, the topic of reinfection.

In our body, antibodies are our natural defenders. These antibodies are part of the body’s adaptive response to pathogens. Generally, B Lymphocytes(B cells) binds to an antigen and recognize it. T-Helper cells then cause the selected B cells to divide into B-Plasma cells and B-Memory cells. The B-Plasma cells then secrete antibodies which bind to the pathogen and then neutralize it, allowing Macrophages to engulf and destroy the antibody-covered pathogen. B-Memory cells help the cell be able to remember the pathogen, ultimately preventing reinfections. Antibodies are defined by Mayo Clinic as “proteins produced by your immune system in response to an infection. Your immune system — which involves a complex network of cells, organs and tissues — identifies foreign substances in your body and helps fight infections and diseases.” When you contract the virus, your body develops these antibodies that can help provide protection. But there’s a catch. The CDC says that ” we do not know how much protection the antibodies may provide or how long this protection may last,” which opens up the possibility for reinfection. 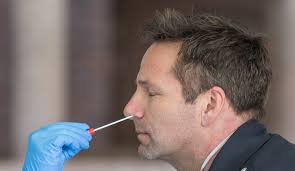 Man Getting a Covid-19 Test

Specific to de Vrieze’s article, a man in Hong Kong tested positive for the coronavirus in March and tested positive again in August, becoming the first official reinfection case. Neurologists have, reasonably, expected much milder symptoms from reinfection cases, but that hasn’t been the case for some. As the CDC stated, the amount of protection and the protection’s longevity is still a big question. The leading case in de Vrieze’s article was that of Sanne de Jong. After having the virus and mild symptoms in Mid-April, she tested negative in May and then tested positive again in June. What is so special about her “reinfection” case is that when her virus samples were taken, they were very similar. This is of significance because it correlates to another, yet more unlikely, theory mentioned in the article. When the article was written, “no proof exists of mutations that would make the virus more pathogenic or that might help the virus evade immunity. But a recent preprint by a team at the Swedish Medical Center in Seattle suggests one may exist. The team describes a person who was infected in March and reinfected four months later. The second virus had a mutation common in Europe that causes a slight change in the virus’ spike protein, which helps it break into human cells. Although symptoms were milder the second time, neutralization experiments showed antibodies elicited by the first virus did not work well against the second, the authors note, ‘which could have important implications for the success of vaccine programs.'”
The possibility of reinfection is rare but is still very possible. And other mysteries of the coronavirus are still present. Here is my advice: Play it safe. With the uncertainty and danger surrounding the virus, the best thing we can do is prevent the spread and protect ourselves and others. The need for concern can pass if we are simply patient. 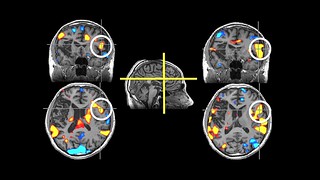