As we’ve learned throughout unit one, protein shape and structure are pivotal for deciding the protein’s function inside of the cell. Some proteins serve as enzymes to speed up chemical processes, while others serve as antibodies to protect against infectious diseases. Some are hormones, others provide structural support. What all of these proteins have in common is their amine group and carboxyl group which are both bonded to the central carbon, or alpha carbon; consisting of hydrogen, carbon, nitrogen, and oxygen, all proteins seemingly possess the same traits. But not all proteins are the same, in fact, there are twenty different amino acids which all pay tribute to the variable R group. Yet proteins are far more complex than just their variable R group. Proteins are able to reshape and undergo complex transformations that drastically alter their function inside the cell. These complexities, along with outdated technology, have created a substantial lapse of knowledge in this field, and scientists are in dire of a better understanding of the intricacies of protein structure.

Taking on the challenge of creating cutting-edge technology, a group of scientists stationed at the University of North Carolina Medical School discovered a new methodology to capture live-time imagery of unique protein shape and structure. This technologically advanced technique is being coined the ‘Binder Tag,’ which, “allows researchers to pinpoint and track proteins that are in the desired shape or “conformation,” and to do so in real-time inside living cells” (UNC Health Care).

The group of scientists, led by Ph.D. Klaus Hahn and Ph.D. Timothy Elston understood that they would be attacking a “fundamental challenge” of molecular imagery; this being that working molecules inside of cells are unable to be photographed because light from standard microscopes bends irregularly around particles inside the cell, creating a nearly impossible image to render. The ‘Binder Tag’ method avoids these limitations by inserting a molecule that has received a ‘tag’ into a protein, and then a separate molecule binds to the tag once the protein undergoes some type of formation alteration. Assuming the process is done correctly, researches are able to effectively image the precise location of tagged molecules over time, documenting real-time changes in the protein shapes. 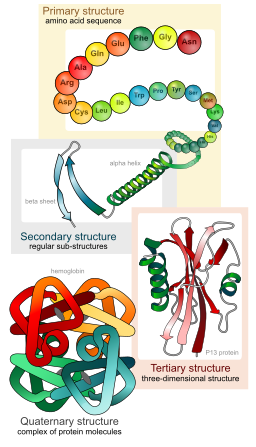 Furthermore, “a technique called FRET (Förster resonant energy transfer), which relies upon exotic quantum effects, embeds pairs of such beacons in target proteins in such a way that their light changes as the protein’s conformation changes” (UNC Health Care). However, FRET has its own limitations, such as the fluorescent beacon may be too weak to track live protein dynamics.

Hopefully, this method can be further experimented within the scientific community so we are able to better understand the complex, dynamic world of protein structure.