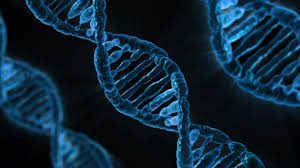 Our conventional knowledge of genetics dictates that the activation of genes in our DNA is random. It is equally likely that our body will express our mother’s alleles as it is that our body will express our father’s. In the case that one parent donates a defective copy, it will be silenced; the other parent’s healthy set of DNA takes precedence and becomes activated.

However, a new study indicates that gene expression and activation is not as random as we thought. In certain regions of the body, our genes demonstrate preferential expression.

A team of scientists at the University of Utah found that almost 85 percent of genes in juvenile mice brains displayed preferential treatment. The mice brains activated one parent’s set of DNA over the other’s. This phenomenon was observed in other areas of the body, as well as in primates.

Although the preferential expression came to a close within ten days, it could provide explanations for vulnerability to brain diseases such as schizophrenia, ADD, and Huntington’s. The temporary preferential treatment to one parent’s copy of DNA could trigger a host of problems specific to that cell site that lead to such disorders, if the parent had given a defective copy of genes.

The study has the potential to alter our basic understandings of genetics, and how we are more prone to certain specialized diseases.